Do Woodpeckers Break Their Beaks? 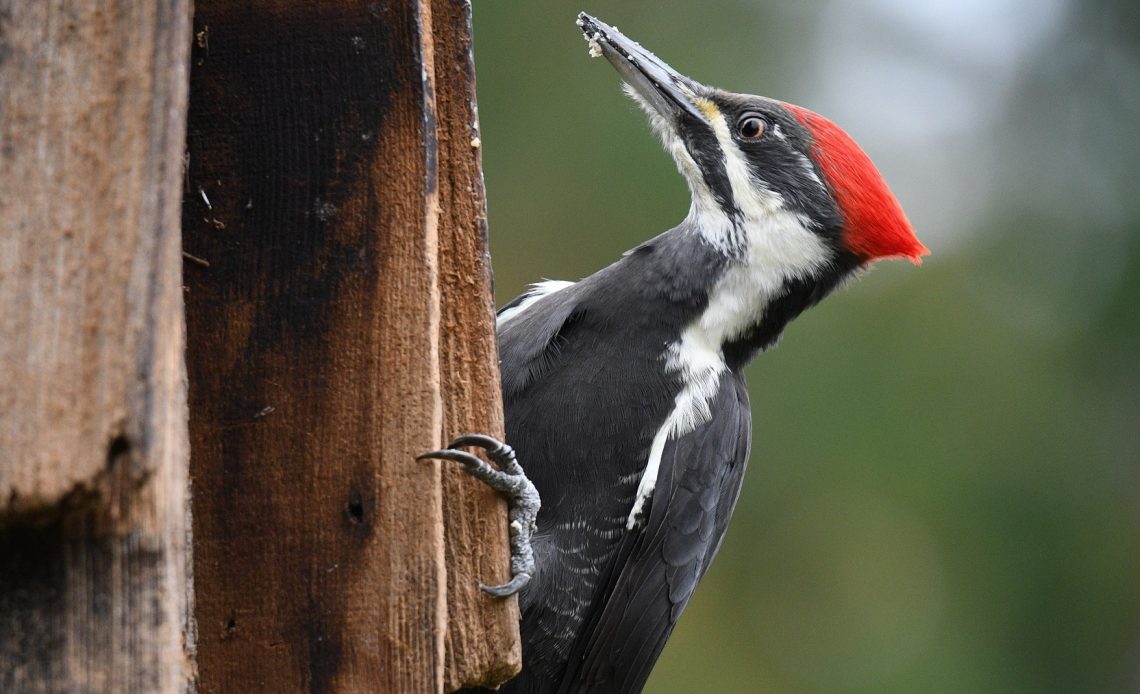 Woodpeckers are prone to smashing their beaks into trees multiple times a day – the clue, of course, is in their name! However, this raises a question – do woodpeckers break their beaks when drilling and hammering so hard into bark, and while doing so throughout the day?

Woodpeckers have evolved beaks and cranial structures that help them to withstand constant impact. Their bodies are built to withstand incredible levels of shock – and much of it is down to absorption in their beaks, jaws, tongues, and skulls.

Why don’t woodpeckers break their beaks?

Studies are ongoing, however, it’s thought that woodpecker beaks benefit from microscopic bone meshing. This means that they have effectively evolved armor-plated beaks – more so than other birds of a similar size or with similar-looking beaks.

Research further suggests that woodpecker beaks may absorb impact during pecking action in that they can actively ‘deform’. This means that they may compact even further during a peck, therefore preventing the woodpecker’s brain from damage or harm.

Beyond this, it’s even thought that it’s not so much the woodpecker beaks that take the brunt, but their jaws. Additional research suggests that woodpecker jaws can again help absorb pressure during pecking and prevent bodily harm.

While woodpecker beaks won’t break, it’s worth noting that they can wear down. However, once again, their beaks have evolved to repair themselves by continuing to grow – meaning that the birds can keep on pecking as they normally please.

Therefore, hypothetically, a woodpecker can develop a crack or a chip in its beak. However, its body has evolved to such an extent that its cells are ready to grow more beak in its place. If you attract woodpeckers to your garden and have noticed one or two birds with slightly scuffed beak tips, it’s normally nothing to worry about.

How are woodpeckers able to peck so much – and so fast?

Beyond their beaks having evolved to endure incredibly pecking speeds and frequencies, we also need to take a look at woodpeckers’ skulls and bone structuring to understand why they never experience headaches.

Woodpeckers can peck up to 20 times each second – regardless of the surface or tree, they are drilling into. For anyone (or anything) other than a well-evolved woodpecker, that would cause life-threatening injuries.

Woodpeckers have incredible muscles and skeletal structures to help them absorb shock at rates other animals would never otherwise come across. While the average football player may suffer concussions even when wearing a helmet, a woodpecker can happily drill a tree for food, attract mates, or build nests all day long. Even when woodpeckers feed in the winter, they rarely cease pecking behavior.

Woodpecker skulls are remarkably dense. They are much stiffer and therefore have different chemical compositions compared to other birds. They also benefit from lower fluid volume around their brains, which means they will not move around so much during pecking.

Beyond this, woodpeckers have also evolved to possess bones in their tongues that dampen the shock. Not only this but – bizarrely – their tongues wrap back around their brains. This also explains how they can possess such long tongues despite having such relatively small heads!

Woodpecker nesting, mating habits, and feeding across the year depend on this evolved behavior – without it, we simply wouldn’t be able to enjoy watching them in our gardens and woodlands beyond.