Pros And Cons Of Dethatching Lawn 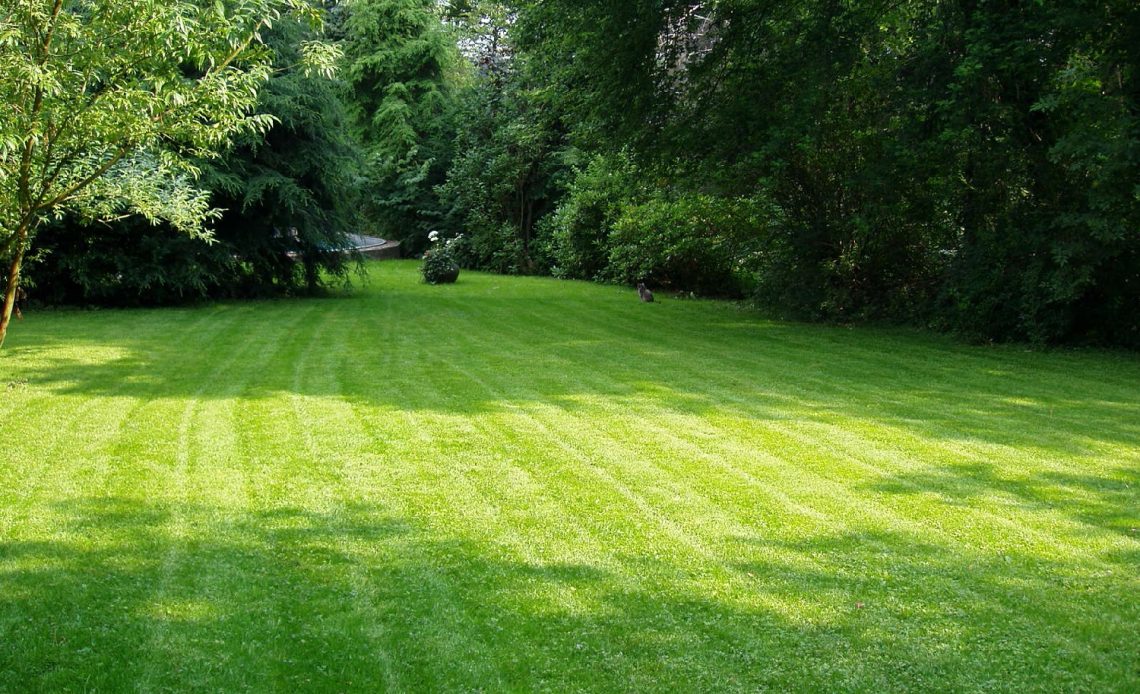 If your lawn is starting to look a little drab with dead spots and dull foliage, it’s probably time to dethatch it. Over time, lawn clippings and dropped leaves accumulate between the soil and healthy grass. The resulting thatch leads to a decrease in air circulation and sunlight penetration to the ground below. If your lawn is worsening by the day, you may be wondering what you can do about it. So today we’re going to discuss the pros and cons of dethatching lawn to help you figure out your next best move.

Dethatching is the process of removing the built-up layer of dead foliage (called thatch) between the soil and the healthy grass. Sometimes living plants become tangled in the layer of thatch making it tough to remove. Working thatch out of your lawn helps oxygenate the soil, but it can also reduce moisture retention. There are many pros and cons of dethatching lawns to consider before committing to the process.

What is thatch and what is dethatching?

Thatch is a layer of dead grass, leaves, and weeds that develops between the soil and the lawn itself. Thatch is usually present to some degree in every lawn unless the lawn is raked regularly to eliminate it. In most cases, thatch is beneficial to your lawn, and there’s no need to remove it all.

Depending on how thick the thatch is and how long it’s been allowed to accumulate, living plants in your lawn may wind their way through it, creating a dense layer of thatch substrate. This accumulation retains moisture, allowing the thatch to break down and return nutrients to the soil which supports your lawn’s growth year after year. It also cuts down on how much fertilizer you need to use.

Dethatching is the process of removing the layer of thatch. Sometimes, thatch becomes too thick, and the grass and surrounding plants suffocate. While it sounds simple enough on paper (or computer screen, in this case) dethatching can be backbreaking work because the dead thatch often gets tangled in with living turf, making it difficult to remove.

Dethatching is a last resort for many lawn owners, but sometimes it must be done. However, because thatch has so many benefits, it’s important to consider the pros and cons of dethatching lawn before committing to the process.

What are the pros of dethatching your lawn?

Now that you know what thatch is, and what dethatching means, let’s talk about why you’d want to do it. Here are some of the good reasons to consider dethatching your lawn.

A little thatch is good for a lawn. But if the layer is thicker than about ½ inch, it becomes too dense for air, water, and sunlight to reach the ground below. Removing some thatch at this point can drastically improve your lawn’s performance because it will begin receiving the oxygen, rain, and sun it needs to grow properly.

Take a closer look at your lawn. Lift a small handful of thatch and sniff it. Does it smell moldy and mildewy? While it’s normal for organic matter to stink slightly as it breaks down, if the thatch you’re looking at is slimy, soggy, and pungent, it’s built up too much. Sunlight and air can’t reach the ground below to kill harmful bacteria, resulting in an unhealthy, overly thick layer of thatch that’s best removed.

If the layer of thatch in your lawn is too thick for air, water, or sunlight to penetrate, then fertilizing your lawn will be a waste of time and money. Fertilizer must be applied to the uppermost layer of soil, and it must be watered well to soak in. If it can’t be applied properly, it shouldn’t be applied at all.

One of the pros of dethatching your lawn before fertilizing is that it also loosens the topmost layer of soil. This makes it easier for fertilizers, pelleted or liquid, to reach their target.

Piggybacking off the point we made a little bit ago, if the thatch in your lawn is too thick, it will be full of bacteria. Most likely bad bacteria. And the lack of water, air, and sun penetration will leave your lawn more susceptible to diseases than it would be under normal conditions, giving the bad bacteria a chance to spread.

If the thatch in your lawn is too thick, your turf will show signs of disease, including yellowing foliage and dead spots. In this case, dethatching can certainly help. Just take care to dispose of the diseased thatch properly by burning it, so it doesn’t make your other plants sick.

When thatch becomes too thick, grass seeds will confuse it for soil, sprouting up in the thatch layer. But because thatch isn’t as fertile or as suitable for the seeds as actual soil, the seedlings die quickly. If you’re seeing random dead spots in your once healthy lawn, this is one potential reason.

Dethatching takes that layer of dead debris out of the way so your grass seed can find the soil and develop properly. Keeping your lawn dethatched improves turf density, which in turn helps fight the overaccumulation of thatch.

What are the cons of dethatching your lawn?

There are plenty of reasons to dethatch your lawn. But there are also several reasons to leave your lawn alone. Take a look at the disadvantages of removing thatch from your yard.

Dries out the soil

The biggest drawback to dethatching your lawn is the fact that it dries the soil out. Obviously, if the thatch is so dense that it’s harboring bacteria and diseases, it needs to be eliminated. But if it’s less than ½ inch thick, it’s probably doing more harm than good. You’re better off leaving it in place.

Also, consider your current growing conditions. If your region is going through a dry spell, we advise against dethatching your lawn because that layer can help your turf hold onto precious moisture when rain is scarce.

Makes it easier for weeds to grow

While clearing out excess thatch makes it easier for sun, air, and water to reach the ground below, it also makes more room for weeds to sprout up. Dethatching your lawn for the sake of dethatching your lawn may lead to a lot more work for you when it comes to weeding.

A sudden increase in weeds is a major leech on your fertilizers, too. Even if you remove the weeds in your lawn, if they’ve already sprouted, they’ve used up nutrients that surrounding grass will no longer have access to. Keeping thatch right where it is, stops weeds before they come up, locking nutrients into the soil for your turf to use instead.

Thatch develops as part of the natural process of foliage decomposition. Remove it too soon, and the nutrients in that organic matter can’t make their way back into the soil. Allowing a healthy layer of thatch to develop in your lawn returns vital nutrition to the ground, cutting down on fertilizing costs.

Not everyone has a vertical mower specifically designed to dethatch. And, unfortunately, the process of manual dethatching involves aggressive raking that can damage healthy turf. Remember, living grasses work their way through thatch creating a tangled layer. Removing the dead thatch will inevitably uproot some healthy greenery as well.

Now, if your lawn is in good condition, it will probably recover from any damage it incurs during the dethatching process. But if your turf’s health is compromised, consider waiting until it’s healthier to dethatch it. This brings us to our next point…

When should you dethatch your lawn?

There are a lot of pros and cons of dethatching lawns. Ultimately, it’s up to you to decide what’s best for your yard. However, if you choose to dethatch your lawn, make sure you do so at the right time.

Dethatch your lawn once a year in early spring. This is when your grass is at its healthiest. The warm temperatures and regular rain stimulate grass growth and nutrient uptake. Removing thatch during this period will give the turf plenty of time to recover.

How can you prevent excess thatch buildup?

Preventing excess thatch buildup is much easier than dethatching your lawn. To keep thatch from accumulating, avoid overwatering your lawn, and aerate it regularly. This will prevent excessive moisture that can contribute to a dense thatch layer. Exfoliating your lawn by raking it after mowing is particularly effective, and liquid dethatchers can work well, too.