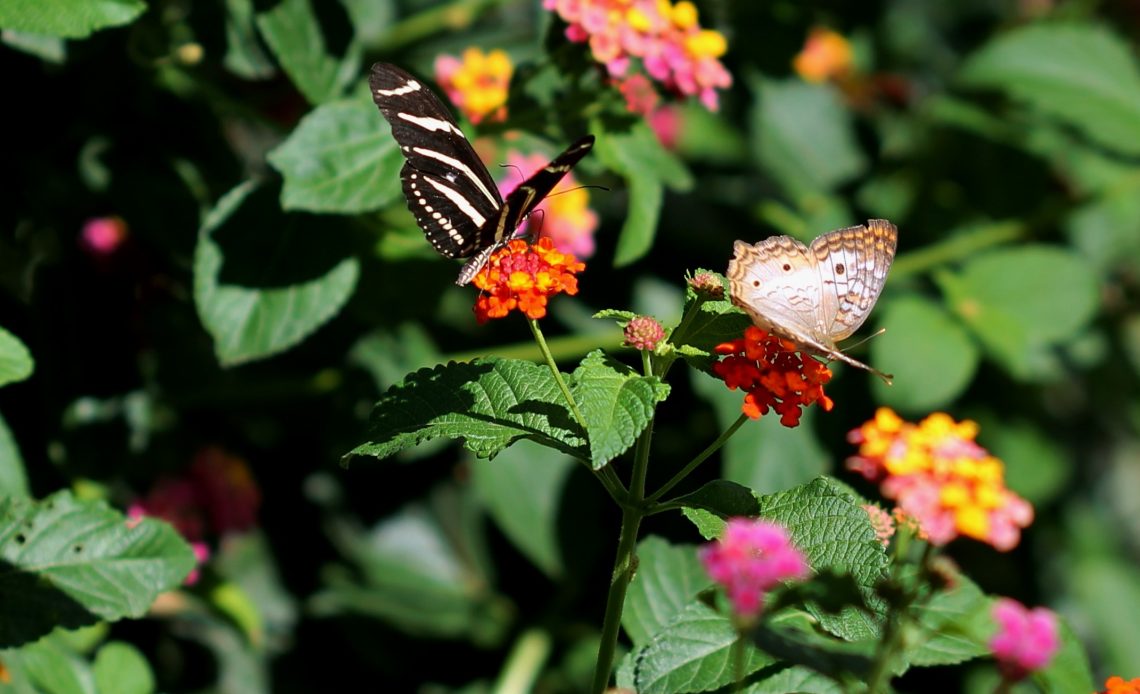 Delicate, colorful butterflies are a gardener’s delight. Not only are they beautiful to look at, but, like honeybees, they play a vital ecological role as pollinators. So it’s no wonder that you might want to know how to attract butterflies to your garden. So what flowers can you plant to bring more butterflies to your wild yard? Do butterflies like lantana?

Butterflies love lantana. The colorful, nectar-rich flowers that these plants and shrubs produce are called “butterfly magnets” by many garden centers and nurseries. Their bright colors, tight bunches of blossoms, and flat structure make lantana the perfect choice for any butterfly garden.

Does Lantana Attract Butterflies and Hummingbirds?

Lantanas are one of the most attractive flowers for both butterflies and hummingbirds. All lantanas produce flowers in tightly-clustered, flat-topped bundles of dozens of tiny blossoms. These flower clusters come in varying shades of red, yellow, orange, blue, and white, and some domestic cultivars come in even more colors.

They are particularly striking in that the flowers change color as they open and mature, resulting in the flowerheads displaying two or even three different colors. The different colors of lantana flowers are all shades that both butterflies and hummingbirds find hugely attractive!

The individual flowers are tube-shaped, just right for hummingbird beaks, and the clusters are tight-packed and flat, making perfect landing and feeding platforms for butterflies.

The flowers have a sweet fragrance, which makes them more attractive to butterflies. And they produce ample amounts of nectar, providing plenty of food for any visiting pollinators. This combination of abundant nectar, bright colors, and flowerhead structure makes lantana flowers perfect to bring both butterflies and hummingbirds to your garden. And don’t worry; hummingbirds don’t eat butterflies.

Which lantana is best for butterflies?

Lantana is technically a genus of plants, both herbaceous and shrubby, that consists of more than one hundred and fifty separate species. They are native to tropical parts of the Americas and Africa but have become invasive or naturalized in Asia, Australia, and other areas. They’re also closely related to verbenas, which butterflies love.

The most common lantana that you will find for your garden is the common lantana (Lantana camara), the garden varieties of which are nicknamed Spanish flag. This is the species most commonly found in garden centers and nurseries.

Spanish flag is hugely attractive to butterflies; its popularity amongst pollinators is part of why it has become invasive in so many areas. Butterflies and other pollinators flock to the lantana flowers and help the plants to breed and spread still further.

If you are concerned about invasive species, ask your local nursery about sterile varieties of Spanish flag. Not only will these cultivars not escape from your garden, but the flowers will never go to fruit. That means a longer blooming season and more time to attract butterflies!

Another species you might see is trailing or weeping lantana (Lantana montevidensis). Native to Uruguay, this herbaceous species is beloved for its copious amounts of purple flowers. New domestic cultivars are producing flowers in different colors, including white and yellow. No matter what the color, butterflies love it. But, like Spanish flag, it is becoming invasive in some areas.

If you live in one of the southern states, there are also native species of lantana. Texas Lantana (Lantana urticoides) is less commonly grown as an ornamental plant but is increasing in popularity. It has flowers similar to Spanish flag, is very attractive to butterflies, and is native to Texas, Arizona, and New Mexico. It’s an excellent alternative if you live in one of these states and are looking for native butterfly attractors!

Yes! Monarchs are migratory butterflies; they travel south in the fall, filling the skies with their beautifully striped wings. This is a long, hard journey, and they need a lot of food to sustain them. Therefore, flowers that bloom through the fall are enormously valuable to monarchs.

Both Spanish flag and Texas Lantana have a very long blooming season, with flowers lasting from April sometimes as late as November. Such late-blooming flowers are invaluable to monarchs and are one of the best ways to attract migrating monarchs to your garden.

Some of the other species of butterflies that you might see visiting your lantanas are swallowtails, skippers, the cloudless sulphur, the glasswing butterfly, and some cousins of the monarch, the queen butterfly, and the soldier butterfly.

A particular species of note is the lantana scrub-hairstreak, a small gray butterfly with iridescent blue hindwings. As the name implies, this butterfly feeds on lantana nectar as an adult and uses them as a host plant to lay its eggs and feed the larvae. The caterpillars actually feed on the buds and petals of lantana flowers rather than the leaves! This butterfly will utilize both Spanish flag and Texas Lantana and has been introduced to Hawaii to try and control the invasive lantana population.

How do you grow lantana?

Lantanas are remarkably hardy and easy to grow, particularly if you live in warmer areas! All varieties of lantana love the sun and prefer hot and dry conditions. It is essential not to overwater your lantanas; not only will it lead to root rot and mold, but they are prone to powdery mildew in damp conditions. They are very drought tolerant, so err on the side of caution.

Being such heat-loving plants, all lantanas do best in USDA hardiness zones 8 and above. However, if you live in more northern climates or just have extremely limited space, trailing lantanas makes an excellent hanging or container plant.

Mature lantanas in full bloom can be purchased at most commercial nurseries, and they can also be grown quite easily from cuttings. Lantanas are disease and pest-resistant but should be planted only after the frost is well past and brought inside before the winter strikes if you live in the north. This is a plant that does not like the cold! They can tolerate a light frost and will persist as an outdoor perennial in hotter climes, but heavy frost will kill them.

Lantana is toxic to livestock, including horses, sheep, cattle, and goats. The berries are also toxic to dogs. Grazers and browsers apparently dislike the smell of lantanas and are thus not usually inclined to nibble, but if you keep any of these animals, be sure and keep them well away from your lantanas. Goats in particular are known to taste first and ask questions later!

Lantanas are one of the best flowers to plant for butterflies. With brilliant colors, fragrant blossoms, abundant nectar, and just the right shape for butterflies to land, it’s no wonder lantanas are considered one of the best plants to add to any butterfly garden. With three different varieties commonly available, you’ll find a lantana a wonderful addition to your wild yard. 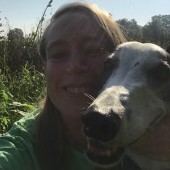 About author
Rachel Verkade
Rachel Verkade studied wildlife biology at McGill University, and now spends most of her time walking in the woods and watching the birds that come to her many backyard feeders. She also dabbles in wildlife photography (whenever things will hold still). She writes part time for Wild Yards about any and all types of wildlife that visit our back yards.