Do Woodpeckers Mate For Life? 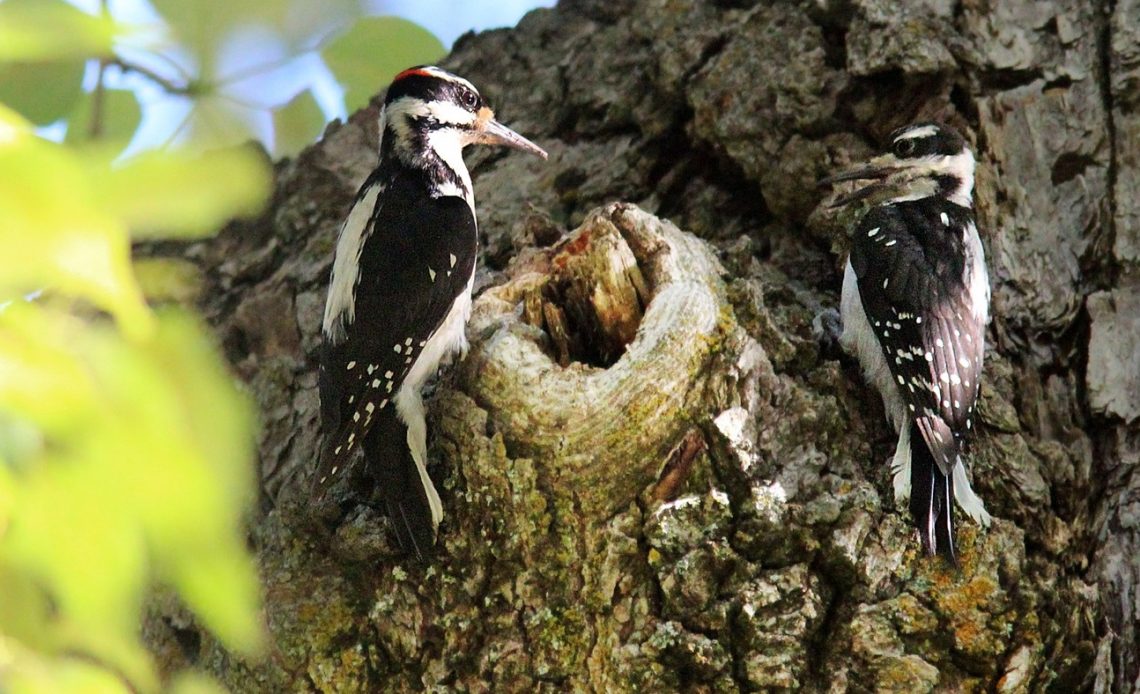 Although many people assume that humans are the only creatures on Earth that choose the same partners for life, they could not be more wrong. Some other species that choose permanent partners are from bird families – but do woodpeckers mate for life?

Yes, some woodpeckers mate for life with a single partner. However, this can vary from species to species, as some are polygamous. However, for the most part, when you see two woodpeckers in a nest together, they are partners for life.

It’s not unheard of to see male and female woodpeckers eating from feeders at the same time – they might just be a couple! You may also notice that woodpecker parents also choose to share egg-hatching duties. Let’s take a closer look at how monogamy works in the wild world of woodpeckers.

Most woodpeckers are considered monogamous because they will stay with a partner until the end of the breeding season. However, what is especially interesting is that many will even choose to stay partnered until the other dies.

Studies’ results vary into which woodpeckers mate for life and which choose to move on. The pileated woodpecker, for example, is a species of the bird that actively seeks out a partner for life!

As with many other woodpecker species, the pileated variety performs what’s observed to be a mating dance of sorts – however, the male will normally not ‘move on’ from the female once it has paired up.

Pileated woodpeckers will even pair up to complete nests together – and while they may choose to roost apart at times, it’s common to see these birds sticking with one another across the mating seasons and beyond.

How do woodpeckers find a mate for life?

As you may know, some birds show their affection by defeating others in ritual duels, displaying their beautiful feathers, or even dancing. However, woodpeckers tend to like to show off their percussion skills!

Woodpeckers drum on wood for multiple reasons – to find food, to build a nest, and to find a mate. They drum in a specific pattern, with each species having its own specific beat.

They tend to drum wherever it pleases them. You may even notice some woodpeckers drumming on signs, posts, or even buildings. You do not have to worry – it is not because the woodpecker has mistaken these manufactured items for trees, and it is more likely because they enjoy the sound that the specific object makes – especially if it is quite loud, and they have chosen that spot to drum to attract a mate.

What happens if a woodpecker loses a life mate?

Research suggests that some birds go through mourning periods when they lose a monogamous partner. Unfortunately, there is not yet enough data to suggest that woodpeckers follow the same grief patterns. However, since many woodpeckers are devoted to each other, it is reasonable to assume that they may take time to adjust.

Anecdotal reports suggest that woodpecker families may simply carry on as normal should a parent die. However, there’s sadly no way for us to know for certain at this point in time.

Maybe if you’re lucky enough to attract woodpeckers to your yard, you’ll start to notice patterns of your own.

Do mated woodpeckers both care for eggs?

Yes – a notable behavior between these birds is that woodpecker eggs are usually tended to by Mom and Dad in tandem. This is not a trait considered exclusive to woodpeckers, however, it gives us further insight into their family demographics.

Of all the US species of woodpecker, the vast majority will usually find one partner and stick by them, at least until the end of the mating season. Woodpeckers tend to be good ‘team players’ and are highly sociable with each other.

Studies are very much ongoing when it comes to woodpeckers who mate for life – with the pileated species being a clear example that’s been keenly observed to stick by its mate over the seasons. For the time being, it’s simply nice to see two woodpeckers enjoying each others’ company – as sentimental as that sounds!

If you do notice a family of these birds starting to assemble in your yard or in trees close by, make a point to fill a feeder specifically with food that woodpeckers enjoy – raising a family can burn off a lot of calories!