Do Woodpeckers Peck At Night? 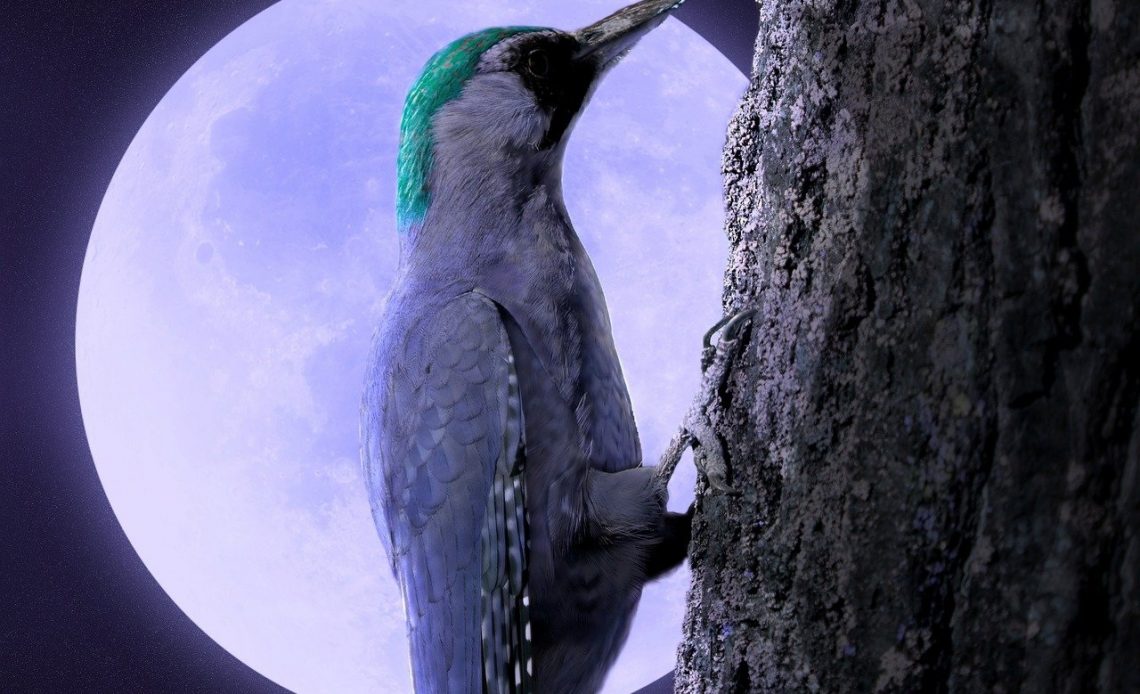 Woodpeckers are truly magnificent creatures – there are many different species of this wild bird native to the US, and some of you may be lucky enough to welcome a few to your own gardens. However, they are of course well-known for drilling into trees – not so annoying during the day, perhaps, but do woodpeckers peck at night?

Woodpeckers usually do not peck at night because they are not nocturnal animals. In fact, they are diurnal animals, meaning that they sleep during the night and should get all of their pecking done throughout the daytime!

That being said, there is no absolute rule that dictates that woodpeckers can only peck during the day, and there have of course been occasions where people have noticed woodpeckers going at a tree with their beaks in the nighttime.

Let’s dig a little deeper into pecking behavior, and when you can expect it.

What makes a woodpecker noise at night?

If you are hearing relentless tapping at night, then it could indeed be a woodpecker – but it’s most likely another type of animal. There are plenty of nocturnal animals that make loud noises at night, some of which could be mistaken for a woodpecker, especially if you do not know what to listen out for.

Certain frog species are nocturnal animals, for example, and can indeed make quite a lot of noise during the night. Different species have different calls, and it could be a frog that you are hearing – perhaps not drilling into wood, but croaking up a storm.

Rats, mice, and a mix of nocturnal rodents can make plenty of noises in the night, too. Altogether, while woodpeckers can start drumming on bark during the early hours of the morning, they probably won’t be bothering you while the sun is down.

Why do woodpeckers peck?

Woodpeckers peck usually to get to their source of food. They feed primarily on the insects that live inside of trees, so by pecking at the wood they create openings in the trees to have access to the insects.

Some woodpeckers also enjoy eating the sap from the wood, for which they will also peck. They also sometimes peck at wood for their habitat. They peck at the wood to build their homes.

Given the holes that they make in the trees, some people are concerned that woodpeckers are actually bad for their gardens. However, that is certainly not the case – they help to make yards more exciting, for a start! There’s plenty of great foods to give woodpeckers to encourage them to visit, too.

Why aren’t woodpeckers likely to be pecking at night?

Like people, woodpeckers choose to sleep at night – it’s common for many birds, in fact. This diurnal pattern means that they will rise when it’s light so they can begin pecking again. If anything, this is likely to make things easier on people who live near them, as it at least means they won’t be woken up!

Are woodpeckers good for your garden?

Yes, there are a variety of reasons you should be attracting some of these woodpeckers to your yard! Woodpeckers do create holes in trees that may not be aesthetically pleasing, but generally speaking, these holes could actually be a good thing.

Woodpeckers are incredibly intelligent and strong creatures. They detect where insects are in the tree, and begin pecking precisely in order to get to the insects as quickly as possible.

These shallow holes act as passages from which they then retrieve the insects. These insects tend to be the bigger problem for the trees! They make their way through the wood, weakening the tree over time. By removing the insects, the woodpeckers are essentially helping the trees.

Moreover, the trees can handle the holes. Trees can compartmentalize, and over time can even ‘grow into’ their holes. So, as worrying as these holes may appear to be, there is no need for concern. Woodpeckers are fantastic for the local ecosystem.

Did you know that there are 22 unique woodpecker species living in the US right now?