How To Keep Squirrels Out Of Screech Owl Box 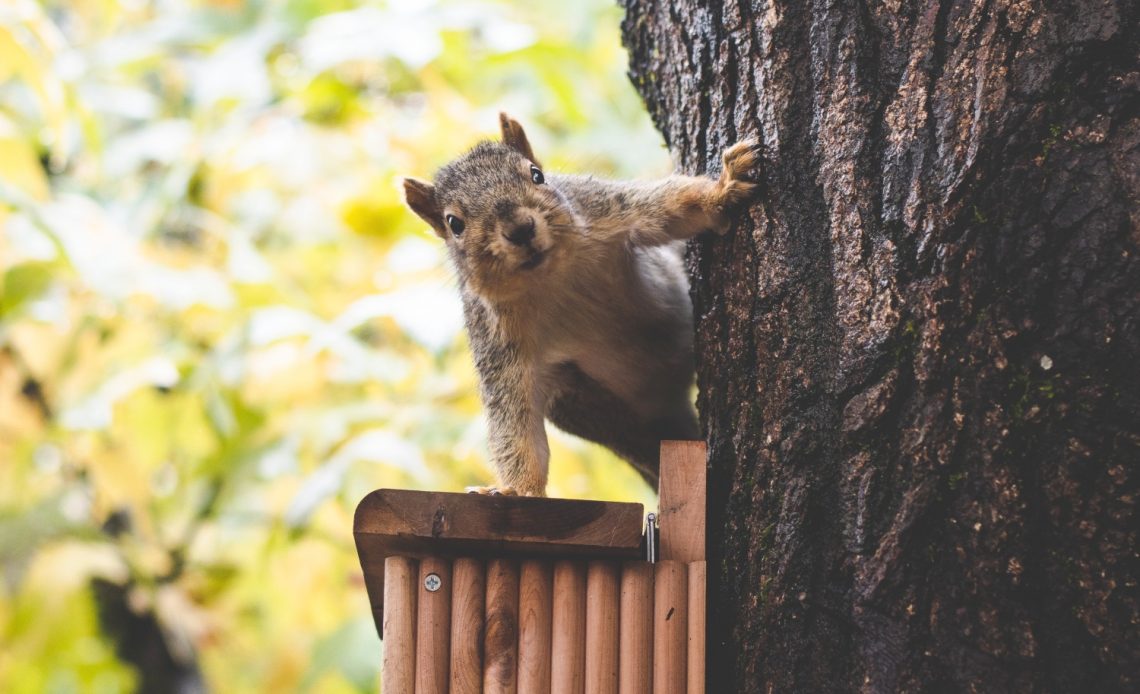 Using strong-smelling essential oils, like peppermint and tea tree, will help keep squirrels out of owl boxes. Black pepper, cayenne pepper, and red pepper flakes can also be used to deter them. If these measures don’t work, try installing an owl decoy to scare squirrels off.

When do eastern screech owls use their nesting boxes?

Eastern screech owls lay their clutches anywhere from February to July (earlier in the southern states, and later in the northern ones). The incubation period is roughly 26 days, with owlets being ready to leave the nest 28 days later. Eastern screech owls are most likely to occupy nesting boxes in rural and suburban areas, where there’s a good mixture of woods and open lawn space. This makes hunting much easier for them

Eastern screech owls return to the same nesting sites year after year. Though these are non-migratory owls, they do roam throughout different regions within their native distribution. While your backyard owls are probably never more than a few miles away, they may visit different parts of their territory depending on food availability.

Because screech owls are ready to defend their nests, squirrels are unlikely to try to hijack an owl box when it’s in use. It’s only when screech owls leave for the season that squirrels will take up residence in their boxes. So you probably won’t have to do anything to keep squirrels away from owl boxes during the nesting season. It’s the other months of the year when you’ll need to stay vigilant.

When do squirrels build their nests?

Squirrels usually start building their nests in the summer, right when screech owls have left their nesting boxes for the season. Older female squirrels will have one litter in early summer, then another in fall.

It’s not unusual for squirrels to have multiple nests. Squirrels usually build one or two main nests using leaves, pine needles, sticks, and other insulating materials, like fabric or stuffing from outdoor pillows. But because squirrels are prey animals, they may need other nests to use to hide from predators. These nests are often poorly constructed. You’ve probably found one in your yard after a strong wind.

Why do squirrels use screech owl boxes to build their nests?

Eastern screech owls love nesting boxes because they’re warm and cozy. But, squirrels want to be comfortable, too! Nesting boxes shelter animals from the elements. These small spaces can be packed full of leaves, pine needles, and straw to help insulate them, and they trap a small mammal’s body heat well. You can hardly blame squirrels for wanting to live in an owl’s box when it’s away.

While it’s unlikely that a squirrel would try to live in an occupied owl house, they won’t hesitate to move in once an owl has vacated the premises. When an owl returns for the season to move back into its nesting box, it may move on someplace else if it finds its home has been overtaken by squirrels.

Owls spend years getting their roosts just the way they like them. Even though these birds do not build proper nests, they still make their hollows their own. Bits of fur and bone leftover from past kills, old feathers, and excrement accumulates, creating a thick substrate that effectively marks the owl’s territory. If that natural bedding is removed or gets covered over by a squirrel’s nest, your resident owl will probably leave to find a new place to live, rather than fight for its box.

What should you do if you find a squirrel nest in your screech owl box?

If you see leaves, pine needles, or any other new bedding material in your owl’s nesting box, remove it immediately. Owls do not bring bedding material to their nests, only squirrels bring insulating materials in. Check your owl box regularly so you can clear out these materials before a squirrel gets a chance to have her babies in the box. Once they’ve got a litter of kits, it could be 3 or 4 months before the squirrels leave.

How can you keep squirrels out of your screech owl boxes?

If you want to make sure that your screech owls return to take up residence in their old nesting boxes, you’ll need to keep an eye on their roost for them while they’re away. Here are some great ways to keep squirrels out of screech owl boxes.

Squirrels and other rodents have an aversion to strong smells. Peppermint, tea tree, and eucalyptus essential oils can be used to keep squirrels out of your screech owl nesting boxes. Mix five parts water to one part essential oils (any combination of the three will work) and pour the solution into a spray bottle.

Spray the tree, foliage, and any surrounding structures near the owl box. You can even spray the solution onto the box itself, especially near the entrance. Reapply the mixture every few weeks to renew the scent. Screech owls won’t be bothered by the smell when they return in spring.

Black pepper, cayenne pepper, and red pepper flakes have a strong, unpleasant taste — to squirrels, anyway. Sprinkle these spices on the ground, shrubs, and foliage surrounding your owl nesting box. Squirrels will be uninclined to forage in that space since everything will taste peppery. The less time they spend in the area, the less likely they are to notice your owl box and move into it.

When used correctly, predatory bird statues can be very effective at repelling squirrels. Setting an owl decoy near your nesting boxes will keep squirrels on alert and out of the general vicinity. Be sure to move the owl statue every other day or so. Permanent fixtures become objects of curiosity to squirrels. If your owl statue stays in the same spot, they’ll soon gain the confidence to inspect it. Once they learn your decoy is nothing to be afraid of, they’ll move into your owl boxes.

Simply stretch flashing around the tree above and below the nesting box, creating a cone shape. Use metal screws to attach the baffles to the tree. If your squirrels are especially crafty, they may figure out how to get past the squirrel baffles. In that case, use chicken wire to stretch around the owl box and attach it to the two baffles.

If all else fails, you can use a small piece of flashing to simply cover the entrance to the owl’s box.

How to keep squirrels from chewing on screech owl boxes

Covering the owl box’s entry sounds like the simplest solution to keep squirrels out, but it can present you with another problem. Squirrels are happy to chew their way into nesting sites — whether it’s an owl box or your home’s attic.

To prevent squirrels from chewing on your screech owl boxes, you can try spraying the entire surface with an essential oil dilution. Squirrels don’t usually like to chew on things that smell bad.

Another trick is to make the outside of the owl house sticky. Visit your local feed store to find pine tar, which is sold as a horse hoof conditioner. Use this all-natural substance to coat the outside of your owl box. It won’t hurt the squirrels,  but they won’t like the way it feels on their feet and will search for a better place to live.

Are owl boxes worth all the trouble?

Yes, they certainly are! It can be difficult for screech owls to find suitable homes in the wild, but they’re just as happy to roost in man-made owl boxes. Although it may take a little extra effort to keep pesky squirrels at bay, installing a nesting box can make a world of difference when it comes to supporting local screech owl populations.

Besides, owls more than earn their keep! These impressive birds work to keep insect and rodent levels down, so your backyard stays free of vermin, and remains a place where you can relax and unwind.