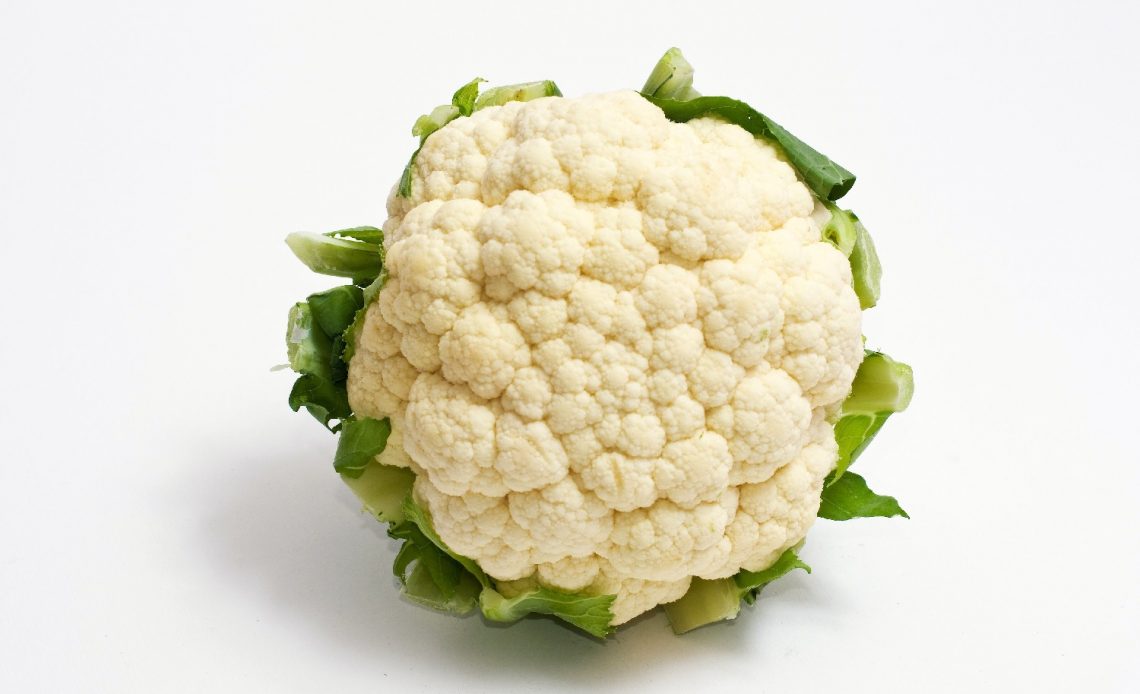 Most of the vegetables that we buy from supermarkets are a far cry from their ancestors. Carrots, for instance, started out as small white and purple roots that were leathery in texture and bitter to the taste. But today, they’re bright orange veggies that are crisp and refreshingly sweet. Cauliflower, too, is very unlike its progenitors. But, has cauliflower developed on its own over time, or is cauliflower man-made?

The cauliflowers that we purchase from grocery stores are, in fact, man-made. Modern cauliflowers are the result of centuries of careful hybridization to create plants that are more resistant to pests and diseases and can produce larger cauliflower heads.

Is cauliflower man-made or did it first occur in nature?

While it’s true that the cauliflowers that we buy from the grocery store are man-made, the backstory is a bit more nuanced. Cauliflower is a species of Brassica oleracea, a member of the Brassicaceae family that also includes broccoli, cabbage, Brussels sprouts, kale, collard greens, and kohlrabi. All of these vegetables originated from wild mustard.

Wild mustard could be found in Europe and the Mediterranean region roughly 2,500 years ago. The plant was originally cultivated to produce larger leaves by the Ancient Romans and Greeks, and the result is the collard greens and kale we know today. But farmers soon discovered that wild mustard was a versatile plant that could be used to produce a variety of vegetables.

When was cauliflower developed?

Derived from the Italian word cavolfiore meaning “cabbage flower”, cauliflower dates as far back as the Middle Ages. The earliest cauliflowers were traced to Cyprus, where they were sometimes called “Cyprus colewort”. Cauliflower seeds were extremely popular in Western Europe during the 1700s and were considered a delicacy in France where the vegetable was served in the courts by Louis XIV.

Cauliflower was first grown in North America in the late 1600s. Today, California is the major cauliflower producer in the United States, producing 90 percent of the nation’s cauliflower supply. Cauliflower has been cultivated over the years to produce larger heads and to produce more often to maximize crop yield. Weaker cultivars have been abandoned in favor of cauliflowers that are resistant to pests and diseases, making crops easier for modern farmers to grow and care for.

Over the years, cauliflowers have been cultivated to produce vegetables that meet certain criteria (to be more disease-resistant, to have a better taste, to produce a higher crop yield, etc.). And a consequence of that is that the cauliflower plant’s genetic material is different now than it was centuries ago.

That said, cauliflowers are not true genetically modified organisms because they have not been genetically engineered in a lab. The modern cauliflowers that we enjoy today are the result of decades of hybridization — an agricultural strategy utilized to produce hardier, more fruitful plants.

So, to put it simply, cauliflowers are the result of careful selective breeding, not the product of mad science experiments. Though modern cauliflowers are not the same as the cauliflowers that were first served a long time ago, they’re also not the “Frankenfoods” we think of when we hear the term “GMO”.

Is cauliflower good for you?

It sure is! Cauliflower is rich in fiber and chock full of beneficial nutrients. It’s an excellent source of vitamin C, with a cup of cauliflower providing 77% of the daily recommended value. It’s also a good source of vitamins K and B6, as well as potassium, manganese, and magnesium.

Cauliflower is incredibly versatile. Whether it’s prepared as a side dish, secreted into desserts, or offered as an alternative to carb-rich grains and vegetables, cauliflower is highly nutritious and a valuable player in a healthy diet.

Why is cauliflower white?

Cauliflowers are white because, as they grow, they’re completely covered by their leaves, so they’re sheltered from the sun’s harsh rays. Because they’re not exposed to light as they grow, they lack pigmentation. Some older cultivars of cauliflower need to be blanched, meaning they need to have their leaves tied together at the top to keep the heads out of the sunlight.

Sometimes, especially at farmer’s markets, you’ll see cauliflowers that have a yellow tinge to their tops. These are cauliflowers that stayed out in the field a little too long. The plant’s leaves opened up, exposing the cauliflower’s head to the light, resulting in a bit of yellowing. But, despite their yellow tint, these cauliflowers are just as edible as their whiter counterparts.

Does cauliflower come in different colors?

As with white cauliflowers, these rainbow cauliflowers lose more nutrition the longer they’re cooked, so it’s best to eat them raw. If you prefer to cook them, steam them or saute them lightly. This allows them to retain their valuable vitamins, minerals, and bioflavonoids so you can enjoy their incredible health benefits.

Is cauliflower easy to grow?

Cauliflower is a popular choice for backyard gardeners because it’s so easy to grow. Whether you choose to plant white cauliflowers or rainbow cauliflowers, these veggies all have the same growing requirements.

Cauliflower seeds should be started indoors 6 to 10 weeks before the last frost of the season. Plant seeds in small pots filled with potting soil that has a neutral pH. Seeds should be sown ½ inch deep and placed on a sunny windowsill. Expect to see sprouts 8 to 10 days later. You can move your cauliflower seedlings outside once they develop true leaves.

Your cauliflowers should be planted in full sun in well-drained soil that can be kept moist. Be sure to water them regularly because they must stay hydrated to produce. Cauliflowers are perfect for early spring and late fall gardens because they grow best in cool weather. Use plastic or cut milk jugs to protect cauliflower plants from frosts. Cauliflowers are ready to be harvested 55 to 100 days after planting.

Is homegrown cauliflower better than storebought?

Because cauliflowers have shallow root systems, they’re light nutrient users, meaning they won’t deplete the soil of all of its nutrition. And since they mature so quickly, you’ll have plenty of time to grow even more crops in their place once you’ve harvested them. Overall, cauliflower is a low-maintenance crop that matures fairly quickly. Combined with its numerous health benefits, cauliflower definitely deserves a space in your backyard garden.