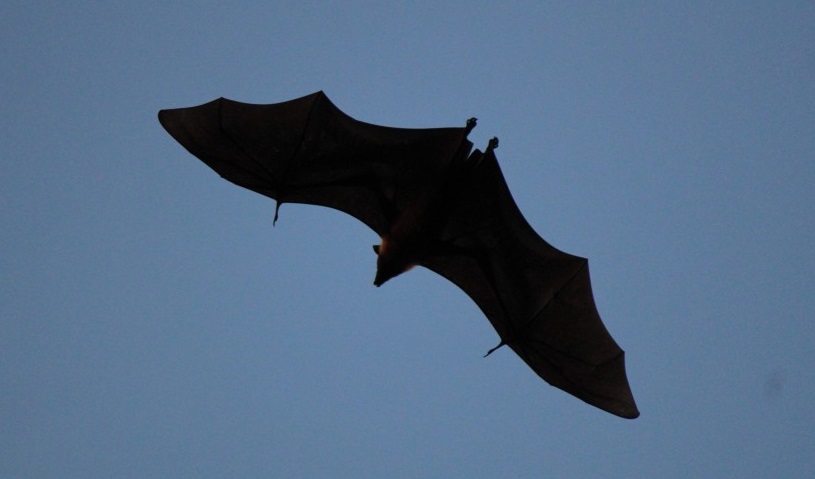 As you may know, bats commonly like to chow down on all sorts of insects, particularly flying critters (for obvious reasons). In fact, in many ways, bats are great to have around because they help a lot with insect control in our gardens. But what about other flying insects – including the ones that you may typically like to have around? Will bats eat bees?

Bat’s don’t typically eat bees because of scheduling differences. Bats are nocturnal animals, meaning that they do all of their hunting and feeding during the night. On the other hand, bees are diurnal animals, meaning that they thrive during the daytime and typically rest at night. Therefore, it is very rare for bats and bees to cross each other’s paths.

But what about hunting them while they sleep? Will bats attack beehives? Let’s take a closer look.

No, despite their potential for munching down on the odd buzzing pollinator, bats do not attack beehives. There are, in fact, multiple reasons for this.

Bats simply won’t attack anything that’s too close to ground level (and most beehives are likely to be a foot or two off the ground at most). Bats cannot take off from the ground or any upright position. That is also why they sleep dangling down, as it is the only way for them to take off, and why they mainly eat flying insects, simply because they are easier for them to catch.

It’s also worth noting that bats generally won’t attack a static fixture like a beehive – they hunt wild creatures that fly at their level. It’s not only rare that you will see a bee flying around at the same time as a bat, but there’s also a good chance they’d miss each other completely.

However, that isn’t to say that bats won’t eat bees. They shouldn’t be considered a threat to your favorite flying insects – so if you’re attracting bees to your garden and want to avoid predators, bats should be the least of your worries.

On the other hand, you might worry that when attracting bats to your yard, they will get attacked by bees or other stinging insects – again, don’t worry. Bats can pretty much care for themselves, and again, the chances of these paths crossing is very rare indeed.

What do bats eat?

Rather than snack on bees, bats will instead choose to eat other insects that they can find easily through echolocation. What’s more, they will do so at night, when they are physically active – and when there are no bees around!

It’s thought that bats can actually consume up to 8g of pure insect per night. That’s a lot for a small mammal. What’s even more interesting is the fact that without bats, we may not have so much control over the insect populations around us. For example, did you know that bats eat mosquitoes? With woodpeckers controlling your mosquito populations during the day, and bats at night, you have a fantastic wild pest control system.

However, certain bats will also enjoy feasting on fruit such as mangoes and bananas. They’ll also happily suck up a bit of nectar and pollen from flowers and trees, too, helping our gardens even further by acting as nocturnal pollinators.

Lastly, don’t worry – while vampire bats do exist, they won’t go looking for human necks! These species, native to South America, will normally only drink a trickle of blood from sleeping cows and horses.

As you can see, bats aren’t ever likely to cause your bees much of a worry – and they shouldn’t worry you, either. Bats are great for your garden, just as bees are, too. It just so happens that you can attract both to your yard at different times of day and night.

Bees and bats are, in fact, excellent co-workers! Both do a fantastic job of pollinating, and bats offer you free pest control in the bargain.

While you may be worrying about what’s likely to eat your bees, be more concerned about your bats – for example, owls can eat bats given half the chance – though it’s still fairly rare.