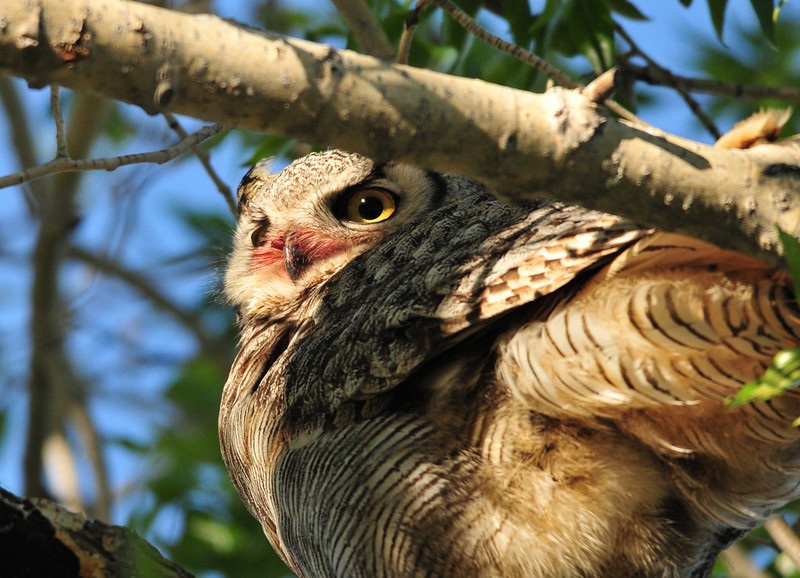 As nocturnal animals, there is always some mystery about bats – and owls, too! Along with the mysteries also comes a lot of myths! Is it true that owls eat bats, for example?

Yes, it’s true – owls will happily eat bats given the opportunity. In fact, many people who enjoy keeping bats find they have to protect them from these beaked predators!

In this guide, we’ll take a look at owls’ interesting affinity for eating bats, and how you can protect your fanged flock in the years to come.

Which owls are most likely to eat bats?

You’re most likely to find that highly predatory owls, such as barn owls and long-eared species, could swoop in for a bat-shaped snack.

However, for many bats, it’s the Great Horned Owl that proves to be a major concern. These large birds are extremely predatory – in which case, a humble bat is going to need to take care to get away from its incredible hunting precision.

Given that owls are often unrivaled when it comes to hunting from the air after dark, they often don’t go without a wide selection of potential prey to snack on. However, as bats are also nocturnal – and available – they will take their chances and attack if an opportunity arises. It’s rare, but it can happen.

Owls are incredible hunters – they swoop in from long distances and have superb vision after dusk. Therefore, a slightly frantic pack of bats might not always be so ready to fight them off! Their immensely powerful talons will also prove to be tricky to free away from.

How can I protect bats from owls?

If you have a few friendly bats in your garden and are keen on keeping them safe from owls, then there may not actually be much for you to worry about. While owls have been known to eat bats, they generally opt for mice, rats, and other rodents. They have even been known to eat skunks!

Bats aren’t the easiest prey to catch compared to land rodents, although the presence of an owl could deter bats from flocking to your garden. In fact, some gardeners even use plastic owls that they place carefully around their gardens to deter the bats. Not everyone wants to know more about attracting bats – but it’s their loss!

Curiously, bats and owls have also been known to coexist. It really depends on the food source that the owl has in their current location and on whether or not they can get along!

What other creatures eat bats?

Sadly for bats, there’s more than owls alone to be wary of. There are, in fact, plenty of other animals that are predators to bats, perhaps more threatening than owls! Some of their most likely predators are rodents, hawks, snakes, and even raccoons. However, it’s internal diseases that might actually be a bigger threat.

Millions of bats are at risk of dying from white-nose syndrome, a disease that affects a great number of species. This can be difficult to prevent spreading – though if you ever handle or are near bats in your yard, make sure to wash your clothing from visit to visit.

Is it good to have bats in your garden?

Although some think of bats as being pests, they are actually very useful creatures, not to mention fascinating! Now, bats can carry diseases, so do be sure that you are not voluntarily going out to hug any – but there’s no need to chase them away from your garden. In fact, having bats around can be a sign that you have a very healthy garden indeed. You might want to read about the benefits of having bats in your backyard to learn more.

However, it is essential to note that bats are great for pollinating! Although we may not think of them immediately, bats are just as drawn to nectar as bees are. Therefore, you may well have bats to thank if you’re growing a stunning selection of blooms.

Bats also happen to be one of the biggest predators for moths, gnats, mosquitoes, beetles, and more. Therefore, having bats in your garden is an excellent way of dealing with these pests naturally. In fact, you might want to set up bat attractants and bat poles and houses if you’re keen on housing a few visitors.

Bats are indeed mysterious creatures – and sadly, they are at risk from predators such as owls, even if they rarely interact. These lovely little creatures play a big role in our everyday lives, even if we don’t notice it. Therefore, be cautious about warding them away!