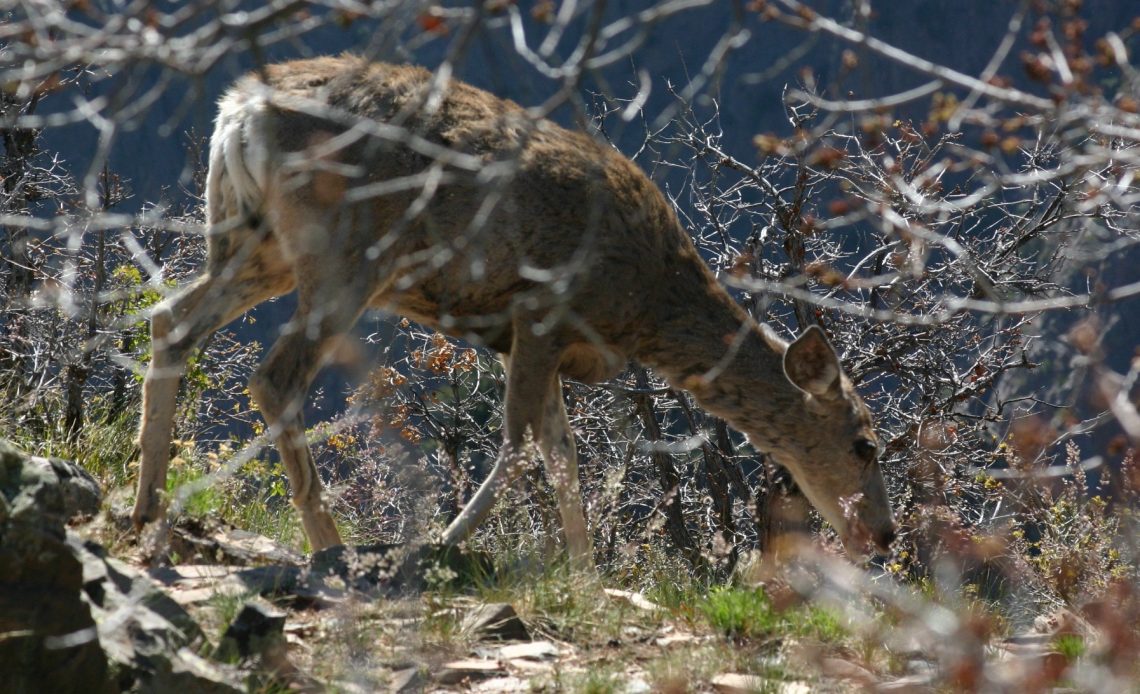 Alfalfa is a fast-rooting plant with colorful buds that you may have spotted a few times in the wild or in your garden. As it turns out, these blooms are full of fantastic nutrients – which means they can make for a quick, healthy snack for all kinds of roaming ruminant animals. But do deer eat alfalfa?

Deer love alfalfa plants. They like it for the same reasons that we do – it’s got a distinct flavor, sits well on the stomach, and ticks all of the right boxes for your average wild deer. It’s also full of useful nutrients, making it a winning combination for many hungry mammals.

Is it OK to feed deer alfalfa?

As you may know, deer will eat fresh alfalfa growing in the soil for as long as it continues to sprout. Thanks to its perennial nature, this crop is fairly reliable for deer to munch on across the year. Therefore, if you want to keep your own crops clear of deer interest, you’re going to need to keep a perimeter around them or try deterring them from your garden.

If you are trying to attract deer into your garden, growing alfalfa is a great way to keep them fed in the summer months, and it is very easy to grow. However, alfalfa is only really good for deer when it is fresh and when they are grazing it from the soil. In its fresh form, alfalfa is easy for them to digest as it is full of moisture and fiber.

However, dried alfalfa is not so easy for them to eat. While they will eat it, especially if they are hungry, it likely won’t digest well – and they’ll lose a lot of the soil-borne nutrients.

If you are adamant about feeding deer alfalfa but do not grow it yourself, you can also leave alfalfa pellets in a feeding plot. They are unlikely to attract animals quite in the same way as fresh plants, but they can expect the same nutrition.

Before feeding alfalfa or pellets to deer, make sure you are legally allowed to attract and feed deer within your state laws. There are several territories where it’s illegal to feed deer thanks to overpopulation concerns and matters of disease control.

Is it bad to feed deer alfalfa during the winter?

It’s bad to feed deer anything during the winter months, alfalfa included. A deer’s digestive system has to adapt over the winter to the lack of certain foods in its habitat such as short grass, fruits, weeds, and other summer-growing plants.

In the winter, deer usually have to thrive on twigs, nuts (when they can find them) – and they are also known to eat hay. However, due to their complex ruminant digestive systems and their diet changes, eating food they’d normally expect in warmer months may actually prove harmful for them.

By feeding them in the winter, we can interfere with this process, too, which can make it harder for them to digest the other foods that they find, potentially killing them in the process.

Therefore, while it’s reasonably safe to allow deer to find your yard in the colder months, feeding them directly may harm them more than help.

What is the best thing to feed deer?

Alfalfa is high up on the list of wild food that deer absolutely adore, though deer will also eat raspberries, oranges, watermelons, bananas, etc. They will commonly find berries fallen from trees and bushes in the forests they frequent, meaning sweet fruit makes up a large portion of their diet.

Deer get a lot of helpful nutrition from certain nuts and seeds, too, with acorns being a big favorite. However, it’s sometimes good to just let your garden grow – as deer will happily chow down on natural weeds that grow between the blades. Did you know that deer won’t eat grass unless they absolutely have to?

How do I keep deer away from my alfalfa?

If you want to deter deer from eating your alfalfa crops, move them away from vegetation you want to protect by setting up fences at least eight feet in height. These will largely be jump-proof, as deer like to know what they can see before they leap!

Otherwise, if you want to welcome deer to your garden – but just want them to steer clear of your alfalfa flowers – it’s time to either make your garden as uninteresting as possible for them or distract them with noises.

By uninteresting, consider growing plants thorny or fuzzy in texture – or otherwise strong in smell and taste. Deer love plants that are fairly dull on the taste buds, and smooth on the tongue. For example, if you really want to keep these animals away from your garden, it’s worth growing deer-resistant ferns.

Concerning noise, you don’t have to set up blaring alarms to warn deer away. For example, a gentle way to move deer on may be to set up wind chimes and sprinklers. Even the slightest unexpected noise or movement can activate a deer’s flight response, and this way, you’re not posing them any harm. They’ll soon learn to stay away from your garden if it’s famously ‘noisy’!