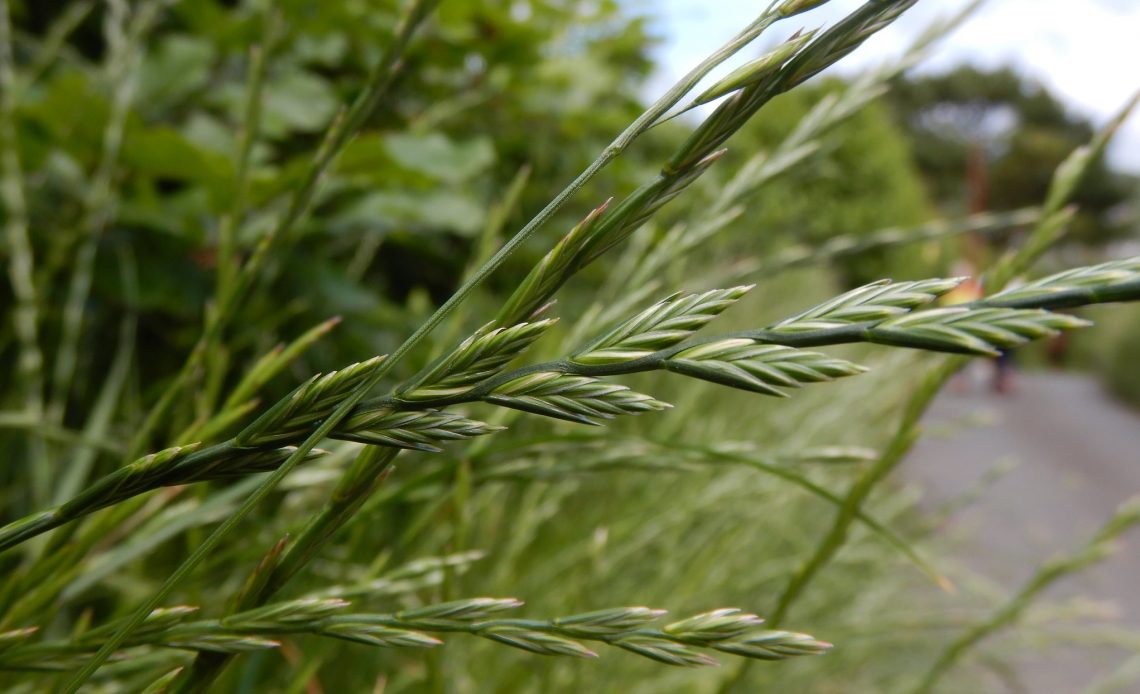 Ryegrass commonly grows in fields and meadows – and sometimes in our gardens. In fact, you might come across entire fields full of it – likely feeding all manner of local creatures. But do deer eat ryegrass in particular?

Deer will eat ryegrass – but it doesn’t tend to hold much nutritional value for them. Ryegrass is not the same as rye itself – and it’s important to note the distinction before you grow any of your own for deer visitors to your yard.

Is ryegrass good for deer?

Ryegrass isn’t necessarily healthy for deer to eat. While they will happily munch away at the crop, anecdotal evidence suggests that it can lead to digestion problems due to the sheer lack of nutrition available.

Ryegrass is often confused with rye grain, which is considered healthy for deer to eat. Therefore, you must choose the right crop for any plots you may be setting up for wild visitors! Rye grain is popular with deer and feeders mainly thanks to its fantastic protein content.

However, ryegrass couldn’t be much further from its namesake. It grows extremely quickly and can be hard to get rid of when it’s sprouting up in your garden. However, it’s not a good idea to let it grow rampant for deer to eat, and if they are consuming it more than any other treats or vegetation in your yard, it’s worth deterring them with healthier options.

No – ryegrass does not make for good plot food for deer. It’s likely to be an unhealthy distraction for them, meaning that while you may have left various fruits and nuts for your visitors to eat, they may instead fill up on grass beforehand.

It’s best to avoid planting ryegrass or to include it in your deer food plot because it can soon overwhelm other growths. Instead, focus on growing plants deer love – they will happily munch at a variety of common weeds, and deer adore eating alfalfa, too.

It is more likely to be worth placing nuts such as acorns and beech out for deer plots and a variety of berries, oranges, and even banana chunks. If it tastes either mild or sweet and doesn’t have thorns or fuzzy leaves, deer will likely eat your crops without fuss.

Deer food plots should also be placed towards the edge of your yard – for example, where your perimeter may join with local forest or woodland – and away from bird-feeding zones so that your visitors can feast alone. The further away your plot is from your home, the better – as deer flight responses will activate if they see human activity.

Will ryegrass help to deter deer from my yard?

Ryegrass won’t deter deer from yards because they will happily eat it out of desperation. Deer normally won’t eat grass at all unless there are better things on offer, and if their local habitat is low on their favorites, they could still head into your yard for a taste. What’s more, plot owners’ anecdotes suggest that deer can grow accustomed to feeding on ryegrass – which can be dangerous.

Planting ryegrass to deter deer may be considered cruel – particularly as food with zero nutritional benefits for them could lead to digestive blockages. It could also result in serious health problems for the local herd. Ruminant diets are highly complex and should be satisfied with extreme caution.

If you’d like to deter deer from your yard, you should instead plant crops that they famously avoid. As mentioned, thorny or fuzzy plants are likely to deter their interest. Deer will avoid cucumber plants and won’t eat ferns, either – therefore, the best course of action is to make your yard as boring as possible for them, or at least to set up a tall perimeter.

Ryegrass is commonly enjoyed by a variety of grazing animals such as cattle. However, it can also attract birds hunting for seeds. Ryegrass will also attract a wealth of insect interest, meaning it can easily deplete, leaving livestock with little to feed on.

However, in some cases, landowners may wish to get rid of ryegrass completely thanks to their low nutritional base and their insect attraction. It is another firm reason why avoiding ryegrass is generally a good idea to keep your garden and local wildlife healthy. When attracting deer to your yard, it’s good to cut ryegrass down as soon as you see it emerge!