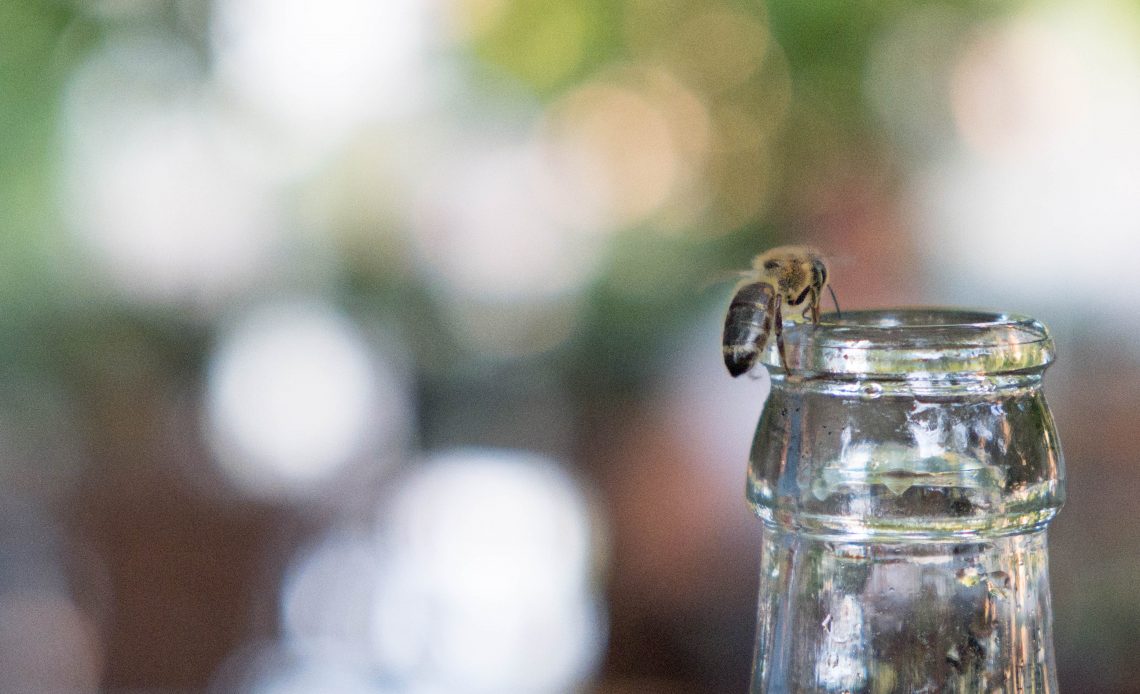 Wondering if your friendly backyard hummingbirds will eat the wasps and bees in your yard?

It’s fairly common knowledge that hummingbirds require both nectar and insects for nourishment. The sugary nectar gives them the energy needed to keep up their active lifestyle. The insects provide them with a source of protein and many essential vitamins and minerals.

Since bees and hummingbirds are both attracted to nectar-producing flowers it would make sense that hummingbirds prey on bees – they would be able to get their nectar and their protein in one fell swoop.

However, the answer is not so simple.

Bees are rarely aggressive, which is just another reason that hummingbirds will for the most part leave them alone.

But what about the more aggressive wasp?

Hornets, wasps, and Yellowjackets are also attracted to hummingbird feeders. And while they are insects, hummingbirds do not eat wasps or any type of hornet. They are much too big and aggressive for hummingbirds to consider them a part of a nutritious meal.

However, because they wasps can be aggressive, they often get in fights. People have observed hummingbirds killing wasps and vice versa. But a hummingbird will not go after a hornet, Yellowjacket, or wasp for a meal.

What Kind of Insects do Hummingbirds Eat?

So if hummingbirds don’t eat wasps or bees, what kind of insects do they eat?

Early on, ornithologists believed that hummingbirds only ate insects. This theory arose because they dissected a bunch of dead hummingbirds and found only insect remains in their stomachs.

So kind of insects did the hummingbirds eat? They found the remains of smaller insects such as flies, gnats, aphids, beetles, leafhoppers and spiders in the stomachs of the hummingbirds.