How Long Do Butterflies Live? 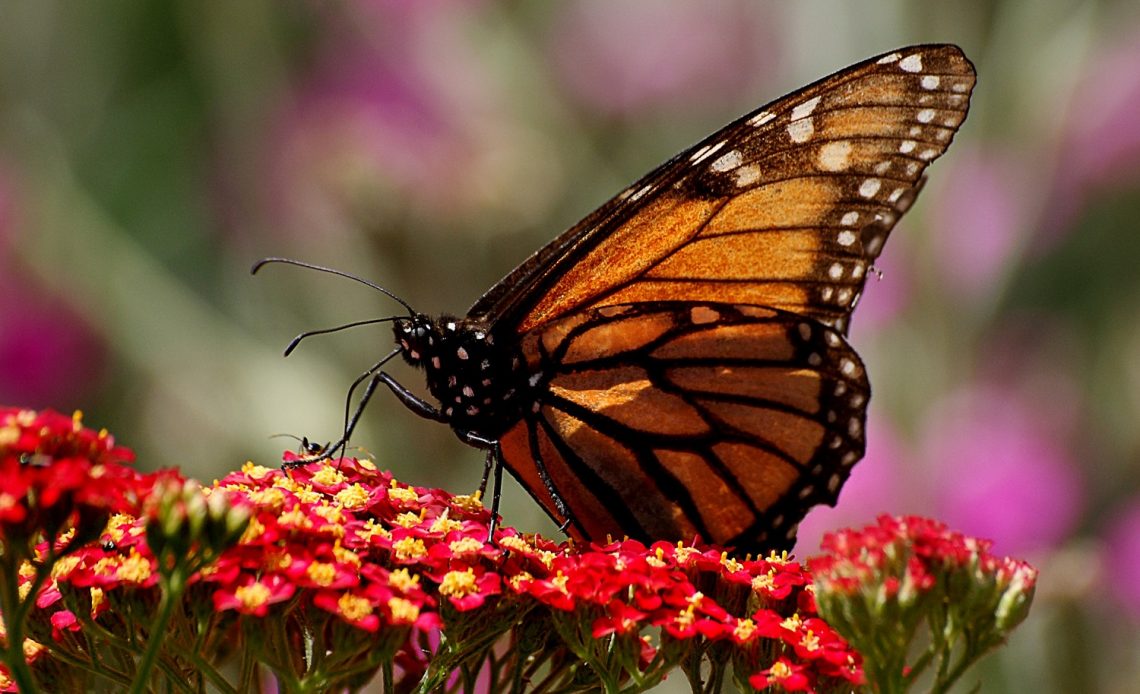 We’ve all been fortunate enough to see butterflies fluttering about in our gardens and local woodlands. Their beauty is certainly worth admiring, although it does seem quite fleeting. How long do butterflies live, on average?

The life expectancy of a butterfly depends on its species, habitat, and nourishment. However, most butterfly species can live anywhere from a few days to a whole year – though no butterfly passes the one-year-old stage! Don’t feel too sad – while their lives are relatively short, they are highly active!

How long should butterflies live on average?

The butterflies you see fluttering across your garden may only do so for up to two weeks or longer, depending on several environmental factors. Interestingly, butterfly lifespans will vary from species to species, too.

Common monarch butterflies, for example, will live for up to six weeks and often as few as two. A monarch that opts to migrate to warmer, more nectar-rich environments has a better chance of living for longer, with some recorded as up to six months old under observation.

Butterflies such as those in the swallowtail family, too, will typically live relatively short existences – some may not even make it to a week old! There are large exceptions to this rule even in the same family, with the pale swallowtail reportedly surviving for up to half a year.

Butterfly species such as the wood nymph and the sulfur will live for several weeks (with the clouded sulfur rarely living longer than a few days). Hairstreak and viceroy butterflies will also live for a couple of weeks, maximum.

There are some butterfly species that buck the trend when it comes to longevity. For example, the painted lady – one of the most common butterfly species you’ll find in the US – can live for up to a year! Sadly, it’s more common that they will follow similar patterns of their monarch cousins – unless they find somewhere warm and plentiful to migrate to, they may only live for a few weeks, maximum.

The record, reportedly, belongs to the grand-old brimstone butterfly, a European and African species that can live for more than a year on average. Thanks to the colder temperatures of north England, these butterflies tend to fare longer than most thanks to their adaptive hibernation habits.

A butterfly’s lifespan is generally dictated by its environment, how its species has adapted to food availability, and even its size.

Interestingly, it’s recorded that larger butterflies tend to live for longer than smaller species. This may, hypothetically, be thanks to smaller butterflies being more fragile than larger varieties, or that they are simply easier for predators to attack and catch.

The monarch butterfly, as mentioned, is one such species that actively migrates. In fact, it’s the only species that migrates both ways. As such, it has a direct advantage over many other species, in that it can effectively adapt if temperatures grow cold, or if there is a lack of food in their environments. Butterflies that don’t migrate are at greater risk of dying in the cold or starving from a lack of available nectar and other nutrition.

Temperature can strongly affect a butterfly’s chances of extensive longevity – thanks to their cold-blood biology. This issue is a direct trigger for the monarch butterfly in terms of its migratory habits, and is also a key reason why tropical butterflies choose not to migrate at all. Even in their egg state, butterflies normally won’t hatch until conditions are warm enough – hence why you’ll rarely, if ever, see caterpillars emerging in a northern hemisphere winter.

Providing a butterfly lives in comfortable conditions, and has regular access to food and water, you can expect it to live a relatively long and happy life. Of course, it’s also at risk from predators, too – typically, birds and reptiles.

Presence of Chemicals and Pesticides

It’s also worth noting that pesticides and other chemicals used in gardens and across crops can seriously harm butterflies, often killing many. If you are using chemicals to kill pests in your garden and want to attract butterflies, consider attracting natural pest controllers such as hummingbirds and woodpeckers. You’ll be making your yard a wilder, more wonderful place, and you’ll help to keep the ecosystem running healthily.

Why are butterflies’ lives so short?

The ‘butterfly’ stage of this animal’s existence is, effectively, adulthood. As such, many may forget to measure its time spent as a caterpillar – and in chrysalis – as part of the same lifespan.

While this adds a little more time to the life cycle of a butterfly, caterpillars may only live for up to five or six weeks after hatching. Upon entering the pupa stage of its life cycle, however, a butterfly can spend anywhere between a few weeks up to several years cocooned in a chrysalis! The monarch butterfly, for example, tends to emerge around ten days, minimum, after entering the pupa stage.

Some butterflies and moths will choose to enter pupa or diapause conditions for months at a time depending on their environment. For example, if the local area is too arid or too cold for the butterfly to emerge, they will spend additional time locked into their protective chrysalises.

Many butterflies (and moths) will die after a short time because they emerge from chrysalises without mouths! These creatures will, instead of feeding throughout their adult lives, thrive on the food they have stored leftover from childhood when foraging as a caterpillar.

The luna moth is one such cousin of the average butterfly famous for this strange physical adaptation – they will only live for as long as they have nutrients stored within their bodies. Tragically, they will then commonly starve!

Do butterflies live longer in captivity?

Generally, butterflies are expected to live a little longer than most in captivity because of available nutrients. While these insects would usually have to hunt for food and water in a wild, open space, in captivity, the perfect levels of food and water needed for survival are simulated to help them live for longer.

This added longevity is also exacerbated through the added safety of a simulated, safe environment. Those keeping butterflies in houses and zoos, for example, won’t host predators that these insects would typically come across in the wild.

Living wild also means butterflies are at risk of broad changes in temperature and climate. This, again, is avoided in captivity, as the environment can be fully regulated to mimic the insects’ ideal scenarios.

What is the average life cycle of a butterfly?

Although different butterfly species have different life expectancies, they all follow the same cycles – from eggs, to caterpillars, to chrysalises, to adult insects.

All butterflies start out as larvae and then go through a complete metamorphosis to reach the final stage. This all starts with female butterflies laying their eggs on host plants, where their larva can eventually feed and grow. Butterflies usually lay their eggs in spring, summer, or early fall – and this, too, can vary cross-species.

Butterflies typically lay dozens of eggs at a time, though some may produce hundreds in an effort for as many to survive as possible. Any surviving eggs will hatch into larva, usually over the course of a week.

Larva, or caterpillars, will then feed intensively over the course of a month to five weeks and will store much of its food to live on when emerging from its chrysalis.

Caterpillars shed their skin usually about four or five times during this stage of their lives. That shouldn’t be much of a surprise given that they can grow to about 100 times their initial size! This period of a butterfly’s life is highly transformative – molting can sometimes change the color of a larva’s appearance, such as you’d see from the black swallowtail.

A caterpillar will then enter the transition stage, or the third step, of its life cycle, spinning silk or hardening into chrysalises for several weeks to months at a time.

You may be picturing a chrysalis hanging from a branch – however, some species also hide their chrysalis in leaves, or even underground. Many species of butterfly and moth – such as the Saturniidae – will bury their pupas to avoid the risk of losing moisture. For a butterfly to successfully transform and emerge from a healthy chrysalis after a period of at least ten days, its pupa will need to be moist and humid.

Butterflies will then emerge from their cocoons, or pupa, when their environment demands it – for example, if the weather is warm enough for the insects to start hunting and feeding. As discussed earlier, chrysalis emergence can vary wildly from species to species.

The butterfly stage (as we know it) is the final step in this insect’s lifespan, meaning it will no longer grow or develop beyond this adult point in their lives. Sad but true – you can now expect a butterfly to flutter around for a few weeks to months at a time.

What can I do to help butterflies live for longer?

As a wild yard owner, your duty to your butterflies is largely to ensure they have a ready supply of food to enjoy from across your garden. For example, growing butterfly-friendly flowers such as sunflowers, azaleas, pansies, and zinnias will help to provide a wide variety of nectar-rich blooms for these insects to feed on during their active months.

Otherwise, be sure to provide small pools of water with landing platforms so they can safely drink – and if you’re running low on flowers, set up a butterfly feeder with sugar water. The rest is up to the butterfly – enjoy watching them through the warmer months while you can!