5 Plants That Look Like Poison Ivy (Don’t Mix Them Up!) 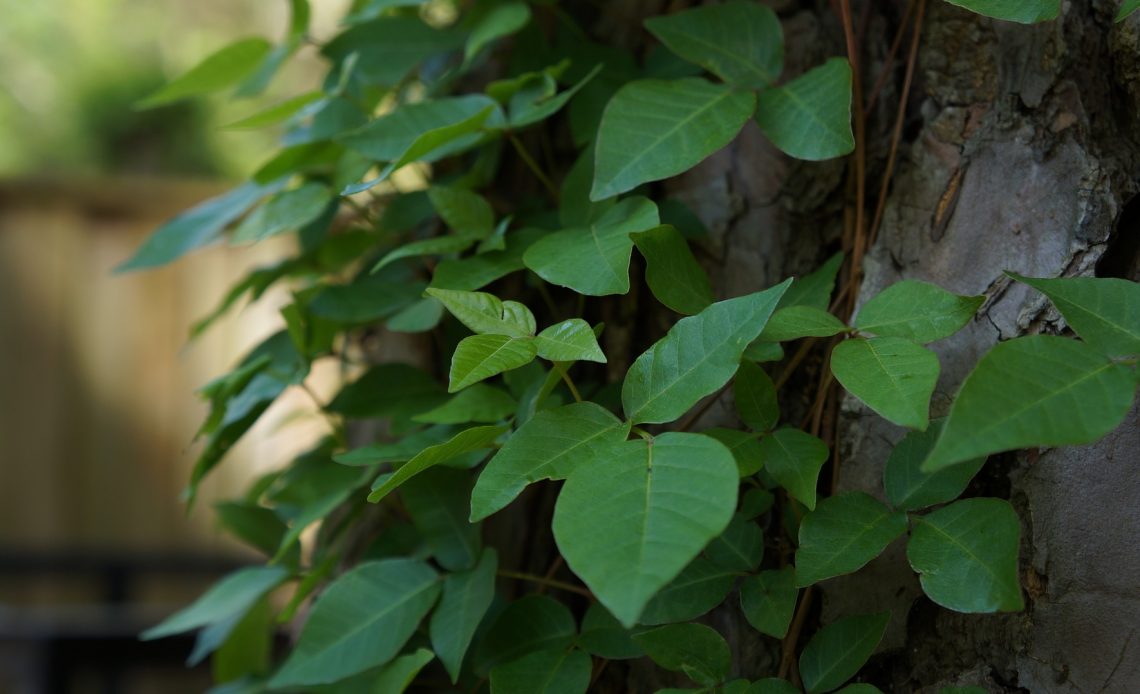 Nothing will ruin your summer faster than getting into some poison ivy. This invasive vine can make your life absolutely miserable with itchy, painful rashes that are nearly impossible to soothe. You would think that poison ivy would be easy enough to spot, with its notorious “leaves of three”. But are there other plants that look like poison ivy?

Poison ivy has many faces, which is why it can be so tricky to spot. This plant usually grows as a vine, as you might expect. But it can also grow as a shrub or as ground cover. Its leaves grow in sets of three situated at the ends of long stems. The leaves themselves are pointed and can be smooth, lobed, or toothed along the edges. In the spring, the new leaves start out as red or shiny, bright green. The color darkens to a deep forest green in the summer, turning yellow and rust-colored in the fall.

Perhaps the easiest way to identify poison ivy is not by looking at the leaves, but rather, by examining the vine. Poison ivy grows a distinctive hairy vine. Newer vines must be inspected closely because the hairs aren’t as large or as numerous. But aged poison ivy plants can grow to be several inches in diameter, and they’re covered in thick hairy climbers that look similar to coconut fiber.

Where and when does poison ivy grow?

Poison ivy grows in every state in America except for two — Alaska and Hawaii. It grows just as well in urban areas as it does in forested and rural areas. It prefers to sprout up in shadier spots but can grow in full sun, too. And even though it likes damp, moist soils best, like those in low areas or along creekbeds, it’s extremely drought-resistant and can thrive even without water.

Leaves develop in early spring, and plants produce small poisonous yellow flowers from May to June. From August to November, mature poison ivy plants produce clusters of small grayish-white berries that birds and other wildlife like to eat. When winter draws nigh, poison ivy drops its leaves, but its hairy vines remain behind, and they’re just as toxic in cold temperatures as they are during the summer.

What are the plants that look like poison ivy?

Poison ivy can be difficult to identify and it can grow just about anywhere. To make matters more complicated, there are a handful of other plants that look a lot like it. It’s a smart move to cover all your bases by understanding which plants are which before touching them. Keep your eyes peeled for these plants that look like poison ivy.

Virginia creeper looks similar to poison ivy in many respects. The leaves are pointed at the ends, and lobed or toothed along the edges. They take on shades of red and green that greatly resemble poison ivy. This plant grows like crazy in forested, shady areas but it can grow well in full sun. So it’s every bit as hardy as poison ivy, too.

The biggest difference between Virginia creeper and poison ivy? Virginia creeper grows in clusters of five leaves, not three. Younger leaves may grow in groups of three, but older leaves on the plant will always be in sets of five.

At first glance, this plant looks a lot like poison ivy. And, if you have it in your yard, you may still want to avoid it. Virginia creeper releases its own substances that can cause a similar rash to poison ivy. Not everyone is sensitive to Virginia creeper’s irritating oxalate crystals, however, leading some gardeners to include it in their landscaping. Planting Virginia creeper is an excellent way to attract more deer to your yard, as they love to nibble on this vine.

Another plant that looks like poison ivy is boxelder. This softwood maple tree is, well, a tree. So once it’s matured, it doesn’t look a thing like ivy, poison or otherwise. However, boxelder seedlings do resemble poison ivy that has grown into a bush.

The leaves of a young boxelder tree are pointed on the ends and lobed along the sides, so they can look a lot like poison ivy leaves. But the way the leaves grow is different. The leaf at the very end of the stem is perfectly symmetrical, as opposed to poison ivy’s asymmetrical lobed, mitten-like leaves. Below the boxelder’s foremost leaf will be a set of leaves sitting directly opposite one another. These leaves are asymmetrical, looking like mirror images of one another.

Boxelder seedlings can be pretty shiny-looking. And new leaves take on similar red to light green hues that can make them resemble poison ivy. Fortunately, unlike Virginia creeper, this poison ivy lookalike will not cause a rash if you touch it. In fact, since it is a maple tree, a boxelder can be tapped for its syrup.

Blackberries grow wild in many parts of the country, providing a wonderful source of food for wildlife in the late spring. The bushes begin to flower in mid-April when pollinators visit to enjoy their nectar. The berries turn black in May and feed insects, rabbits, turtles, and birds. Indeed, the more blackberries you have, the more bird species you’re likely to see.

Longtime foragers will tell you to look at the vine first. Is it smooth, or does it have thorns? Blackberry vines always have thorns, and poison ivy vines never do. Of course, if the plant you’re observing has thorns, you still may not want to touch it, but at least you won’t get a rash if you do.

Another thing that distinguishes blackberry from poison ivy is that poison ivy vines become woody over time. Blackberry stalks may grow thicker and tougher, but they do not become woody. It’s worth mentioning, too, that raspberries can be confused with poison ivy, but raspberries produce leaves that look similar to the blackberry’s — uniformly ovoid in shape with pointed ends and serrated edges.

Just what makes the leaves shiny, you may well ask. That’s urushiol, the oil responsible for the unpleasantly itchy, swollen rash that develops after direct contact with the plant. It’s the same substance found in poison ivy, and it’s not just found on the leaves, it’s found on the stems of these plants as well.

Poison oak dislikes full shade, and tends to be more common in the east and west coastal regions. It grows to maximum heights of three feet. This plant is not a vine, it’s actually a shrub, but because it tends to grow up against things (tree stumps, buildings, etc.) it can have a vine-like appearance.

Climbing hydrangeas are popular because they’re easy to grow and somewhat deer resistant. Though it may take several years for it to bloom, this plant produces dozens of flower heads, usually white or pale pink, in late spring to early summer. But before they bloom, this plant may look like poison ivy to the untrained eye.

This plant produces large, serrated, heart-shaped leaves that can look like poison ivy leaves, though they grow to be much bigger. The leaves turn deep, rich green, darker than poison ivy plants. And the leaves aren’t shiny. Instead, they have a flat finish.

It’s most obvious that climbing hydrangeas aren’t poison ivy when they’re blooming. But even though it won’t make you break out in a rash, you should still be careful when clearing around them. Pollinators love to browse climbing hydrangea’s many flowers, and they may not take kindly to being disturbed.

What are the best ways to avoid coming into contact with poison ivy?

Poison ivy can grow anywhere. It can be right out in the open or crawling up a tree trunk or sprouting up from beneath an old brush pile. Even if you know exactly what it looks like, it can still be hiding in plain sight. So how can you protect yourself from this bothersome vine?

Start by wearing long sleeves, long pants, and close-toed shoes when working outside. Use work gloves, too, but make sure you use a separate pair specifically for clearing brush. Remember not to touch your bare skin with them.

If you cut through any poison ivy vine, the plant will release sap. As a result, some urushiol may become airborne. If you’re especially sensitive to poison ivy, avoid clearing on a windy day and wear a face shield, goggles, and a mask to protect yourself.

How should you clean your skin to remove poison ivy’s oils?

When you’re done working, rinse your skin with white vinegar and water — cold water, that is. Never use hot water to clean up after working outside. This opens the pores and allows any stray urushiol to go in and start a rash.

If you know you’ve touched poison ivy, it’s important to rinse it off promptly, within 20 minutes or so. Also, note that urushiol allergies can develop over time. So you should always rinse off with vinegar and cold water after clearing poison ivy, whether you’ve been sensitive to it in the past or not.

Poison ivy can be difficult to identify. But with a little practice, you’ll learn which plants really are poison ivy and which plants look like poison ivy. The more you know about the flora growing in your space, the better you’ll be able to enjoy your wild yard.