When Does Lavender Bloom? 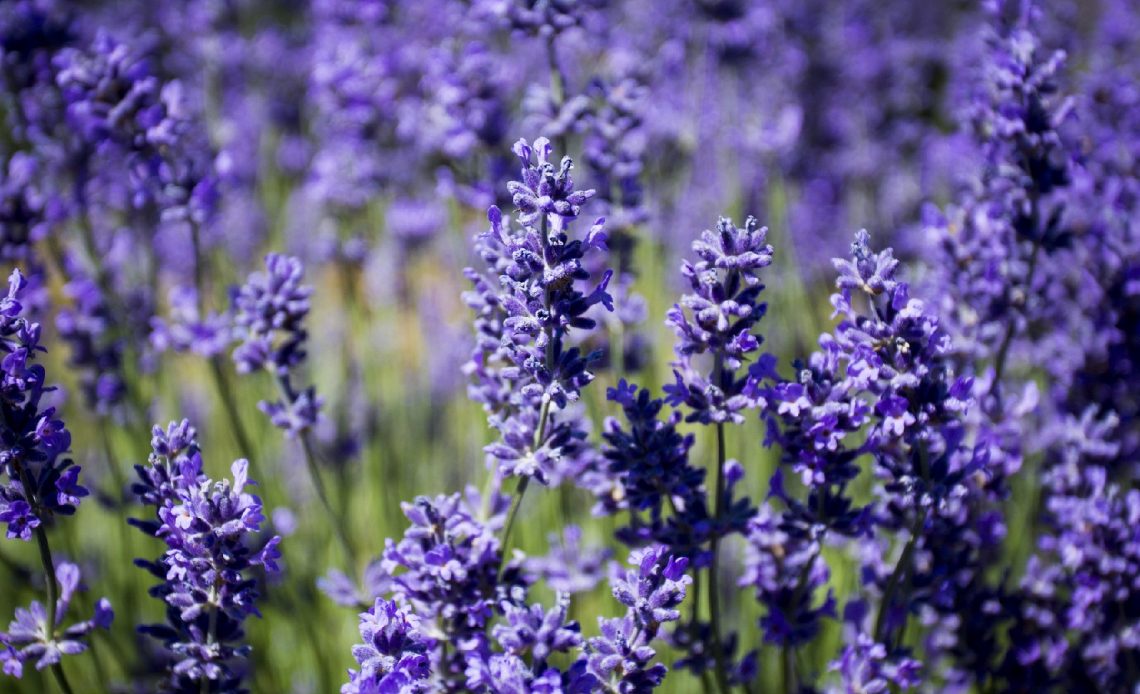 Lavender plants are famous for their sweet smell and hardy nature. They can grow abundantly in challenging conditions, and continue to produce beautiful flowers throughout the warmer seasons. But, when exactly does lavender bloom?

Most forms of lavender bloom in the spring, although there are varieties that can keep blooming well into the summer, too. Their blooming period depends on the species of lavender, and whether the plant is in the right conditions or not. Let’s take a look at a few different species and their blooming preferences.

When does English lavender bloom?

English lavender, also known as Lavandula angustifolia, is one of the toughest lavender plants that you will come across – it will make it through harsh winters without much need for maintenance or direct care.

Most English lavender species bloom between mid-spring and early summer, so you can expect to start seeing flowers around May or June. These flowers typically weather the cross-season for between three to four weeks.

English lavender will usually re-emerge about twice during a season, providing you harvest them carefully. You can pick them during the first two years of growth if you wish.

Use the first harvest to keep your home smelling fresh, to make bouquets for your indoor and/or outdoor vases, or even to deter certain flying insects from getting too close!

Some popular varieties of Lavender you may wish to look out for include the munstead, the hidcote and the vera. A great benefit of growing this type of lavender to bloom is the fact it smells great all year round – not just when you can see its flowers.

When does French lavender bloom?

French lavender, or Lavandula dentata, also has its day in the sun in spring and will continue to bloom throughout the summer. This particular specimen will bloom for longer than its English cousin, typically keeping its flowers up until fall rolls around. That’s up to three months of gorgeous lavender to look forward to!

As with English lavender, the French variation too fares well in USDA zones 5 through 9. Despite what its name might have you believe, French lavender is technically native to Spain, Greece, and North Africa – meaning it thrives well in full sun and even in some arid conditions.

Due to its natural habitat being so warm and dry, French lavender isn’t quite as hardy as English Lavender. This is not a lavender plant that you’ll want to keep out in too many frosts – be sure to bring them indoors or uproot in time for winter.

When these flowers are in bloom, you can harvest them at your leisure and expect plenty of new blooms to come through, much as you’d expect with the English variety. Popular varieties and cultivars of this species include the Anouk and the regal splendor.

When does Spanish lavender bloom?

Spanish lavender, otherwise known as Lavandula stoechas is – confusingly – also referred to as French lavender. This species of lavender blooms multiple times throughout the year, in spring, summer, and even early fall. Popular cultivars from this species include the bold kew red, the giant Ann’s purple, and the winter bee, one of the earliest in this variety to bloom.

Typically, Spanish lavender is the weakest of the lavender plant species mentioned thus far – while the plants may grow to be fairly hardy, most variations (winter bee excepted) fare poorly in the freeze.

Much like French lavender, the Spanish variations of lavender are reliable plants to grow in warmer areas and are hardy in USDA zones 8 and 9. If temperatures remain mild, you can expect Spanish lavender plants to bloom multiple times throughout the year.

This species arrives in multiple colors and shades such as whites, blues, and of course, purple!

When does hybrid lavender bloom?

Hybrid lavender, also known as lavandin, is a complex blend of English and broad-leaved lavender (sometimes known as Portuguese lavender), which blooms from early July until late on in the summer. The most common cultivars that emerge across US gardens include the grosso and the provence. This type of lavender is particularly popular for its oil and fragrance, which you’ll find used in perfumes and beauty products.

Like the English parent plant, hybrid lavender is reasonably hardy and will grow best in USDA zones 5 through 8. What’s particularly interesting is that lavandin will typically ride out mild winters providing they have nutritious soil. Unlike the French and Spanish varieties of this plant, it won’t cause too much concern to leave lavandin in the cold.

When does fern leaf lavender bloom?

Fern leaf lavender is also known as Lavandula pinnata, and it blooms from late in the spring all the way through the summer. This kind of lavender is native to Madeira and the Canary Islands and it, therefore, acclimatizes well to warm, sunny weather. It does not fare well during the winter months, so be sure to bring it inside with any French or Spanish lavender you otherwise grow in your yard.

Despite most types of lavender being famous for their striking flowers, it’s the foliage that most gardeners look for from this particular species of plant. Known for its silver leaves and short white ‘fur’, this plant looks gorgeous throughout the year – blooms or no blooms.

Growing lavender to help it bloom

The technique for growing lavender so it blooms doesn’t vary too much between species. No matter the type of lavender you grow, it will need well-drained soil. All types of lavender thrive in plenty of sunlight, meaning it will fare best in open spaces across your garden.

Regardless of the blooming period and extent, be sure to plant lavender in the spring, around April or May. This will allow the plant to get used to the soil as it is warming up. Leave a distance of about three feet between each lavender plant, as most species will grow fairly large in the right conditions.

Always water lavender regularly – this is especially important in the dry seasons. Focus on the watering at least during the plant’s first season, as this is when it will be the most vulnerable. Once the plant has matured, it will become a lot more hardy, and even drought-tolerant, so you do not have to worry about it going through dry spells.

Deadhead blooms throughout the season to encourage more to emerge as the weeks pass. Towards the end of the season, you could also leave the dead flower heads on the plant, to help nourish some of the birds in your garden.

While lavender blooms are always gorgeous to watch growing, pruning these plants regularly is a must to keep them producing flowers. If it is your lavender plant’s first year, then cut each stem back about a third of the way down. Wait until the summer to prune it, and only do it once the plant has blossomed.

To shape your lavender shrub during pruning, leave its stems in the middle a little longer than those on the outside. Try to make them shorter the further out of the plant you travel.

Pruning lavender carefully will generally help it to produce a second round of blooms. If this is the case, be sure to prune the flowers again in the exact same way as above. Just remember to do it long before the winter comes, to allow the plant the chance to recover from the cuttings.

By the second year, your lavender plant will have matured, at which point it will continue to grow quickly! After year one, it is best to follow the simple rule of trimming the plant once it has flowered, then prune it properly in the spring.

Always follow the general shape of the plant, leaving the center stems taller than the outer specimens. Never cut the stems too low, especially towards the end of the season. Leaving enough of the stems on the lavender plant will help it to survive over the winter.

Is it worth growing lavender?

Yes! Lavender is a beautiful plant with many different varieties and a famous, heady, floral scent – and it will typically bloom from spring through to summer. This is a fantastic asset to wild yards growing other colorful flowers such as zinnia, sunflowers, and azaleas. You can rely on lavender to provide a splash of purple in seas of reds, yellows, and oranges.

Lavender is a perennial plant that will keep on blooming, year after year in the right conditions. Once it blossoms in the spring, you can look forward to the sweet-smelling flower heads freshening up your garden and home. They are also fantastic for attracting pollinators such as butterflies, hummingbirds, and bees!