Do Bats Always Turn Left When Exiting a Cave? 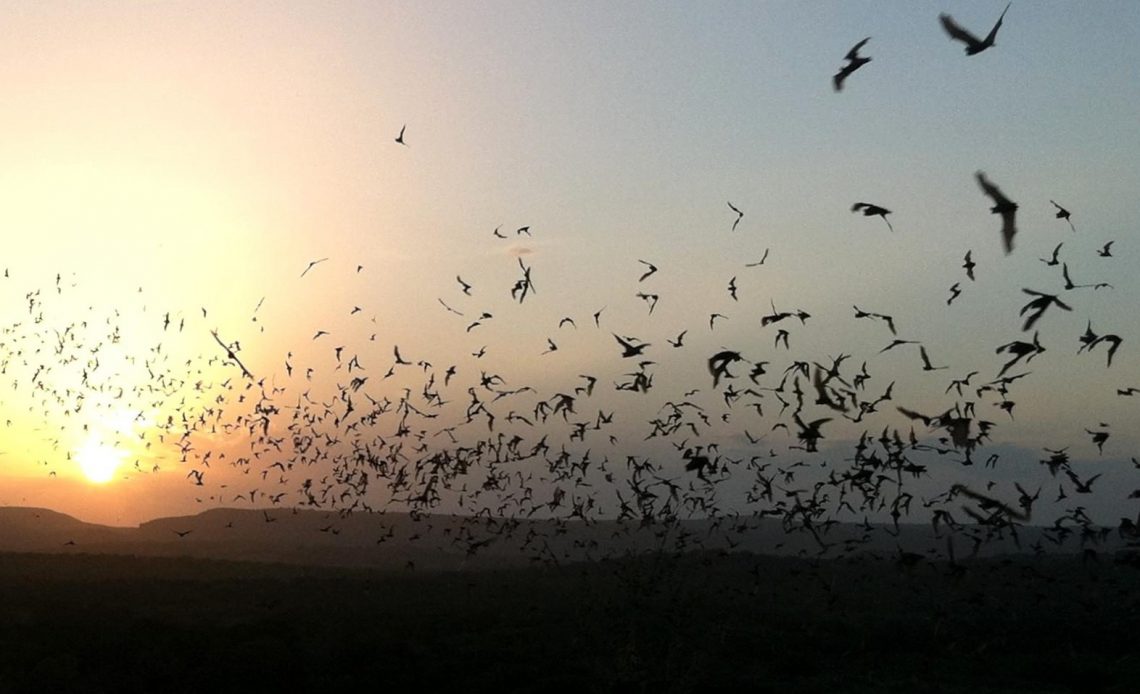 Among the many myths that we’ve all heard about bats, including their alleged vampiric tendencies and ‘terrible’ eyesight, you may have also heard that they always turn a certain direction when they fly outside – but is there actually any truth to that? Do bats always turn left when exiting a cave?

Bats do not always turn left when flying out of a cave. Bats will turn left or right, even straight ahead – depending on where they wish to travel! Although the source of this myth is not entirely clear, it has been widely disproven. You can watch bats exit their caves, or other sleeping areas, and leave in a variety of directions.

Check out this doppler radar image of bats exiting a cave in Texas and spreading out across the landscape:

Truly, no one is really sure why bats may (or may not) choose to turn left when leaving caves or sleeping areas, other than the fact that this may be the direction towards food or water. Some anecdotal evidence suggests that bats can head in the direction of rivers and lakes in search of insects. However, as you may imagine, these bodies of water could be located just about anywhere!

The myth about bats may have propagated due to narrow research or dependency on one or two observation spots – as multiple studies and even video footage refute this behavior. If you set up your own bat home or pole, you may even notice that bats fly in all directions!

Where do bats fly?

Bats fly in any direction they are likely to find food, water, or mates. They do display some odd behavior – bats fly in circles for reasons no one is quite certain of, for example – but on the whole, like most animals, they will be motivated by food, mating, and by quenching their thirst.

If you want to attract bats to your yard, it’s a good idea to ensure you set up houses high off the ground, and give them access to a garden likely to be full of tasty insects to eat. Bats are fantastic pollinators, meaning that regardless of the directions they choose to fly in or around, you’re going to want them on your side.

Why are there so many myths about bats?

Again, there’s no real clear reason why there are so many misconceptions about bats! They are not likely to bring bad luck to your home if they fly indoors by accident – and no, you won’t likely be at risk of a vampire bat sucking your blood. The vampire species only ever attack sleeping cattle and the like – you’re safe.

Bats are mysterious creatures, and we’re still learning more and more about them – they are great for your yard, and they will help to keep your mosquito populations in check. It’s good to befriend a bat, and don’t worry too much about the directions they fly in!