Why Do Bats Fly in Circles? 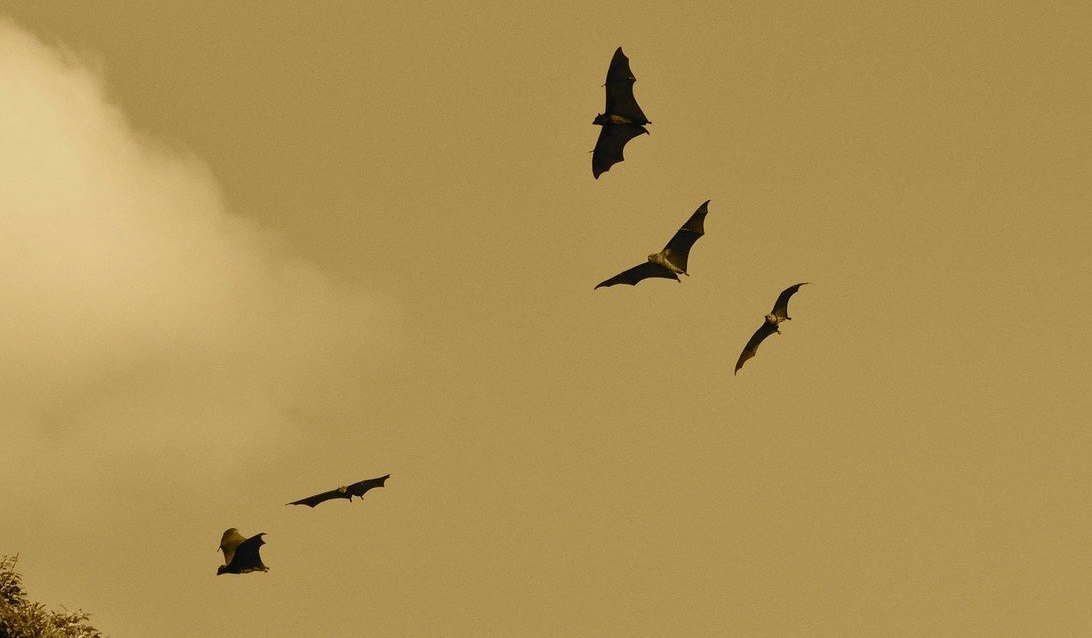 Bats remain very mysterious creatures. We know what they like to eat, how they like to sleep, and what time of day they are at their best. That being said, bats do still show some questionable behaviors that we cannot quite figure out. For example, why do bats fly in circles?

No one’s completely sure why exactly bats fly in circles. This behavior seems to occur due to given situations and circumstances – they may be socializing, mating, or simply hunting around!

With that in mind, let’s take a closer look at what we do know about these odd nocturnal habits!

Why Bats Fly in Circles Around Your Yard

Bats are some of the most interesting creatures you’d ever hope to welcome to your wild yard. Studies on odd bat behavior span the decades – and if your garden or yard area is perfect for attracting bats, there’s a good chance you’ve seen them circling around after dark.

Based on anecdotal knowledge and ongoing study, here’s why your local bats might be going ‘loopy’.

They may be hunting

Although they do not always fly in circles, we do sometimes see bats seemingly circling a particular area repeatedly, often for long periods.

As you may know, bats generally love to eat flying insects – they’re easy to catch, and are full of the nutrition they need.

Therefore, one reason you might find bats flying in circles is that they are in an insect-rich area and are sweeping to hunt.

Although we tend to think of bats as having poor sight (‘blind as a bat’ is a cliche you’ve probably heard before!), they have quite acute vision. Of course, some species see better than others – and bats are widely known for relying on echolocation. Either way, if you do notice bats flying in circles, then it could be that they are preparing for a big meal!

They may be mating and socializing

Some bat-spotters suggest that circling behaviors occur as socializing and communication. Some anecdotally suggest it is a form of mating ritual in which bats occasionally ‘dance’ around each other.

Bat mating habits, too, are intriguing to read about. If you already have a bat house set up, it may be that you’ve seen this wild circling ahead of the mating season. Therefore, it stands to reason that these loops may just be them showing off to one another – who’s to say?

Bats are highly sociable – in fact, did you know that they have been studied to help us understand how and why animals socialize?

They are looking to escape

Occasionally, if your yard is full of bat attractants, you may find the odd critter accidentally flutter into your home. The bat may begin flying in circles, which can naturally cause concern.

However, there is nothing to worry about immediately. The bat isn’t necessarily panicking but is more likely looking for a way out! They are probably looking for a source of light that will show them a way back to their own home.

Try opening more windows or doors, and allow the bat to find its way out. It is not going to want to stay any longer than you want it to be there and will likely fly out as soon as it can!

Circular flying can mean distress if it’s occurring inside instead of in the fresh air. It stands to reason that you should gently help them find their way out again.

Bats flying around in circles can make for odd sights. However, bats fly in circles all the time. Their acrobatic feats are pretty astounding – so, if you do notice a bat or several bats flying in circles, you do not need to worry. They’re not hurt, and it isn’t the sign of a natural disaster coming! It could just be that they are getting ready for dinner or simply talking to their loved ones!