Do Hummingbirds Die When They Stop Flying? 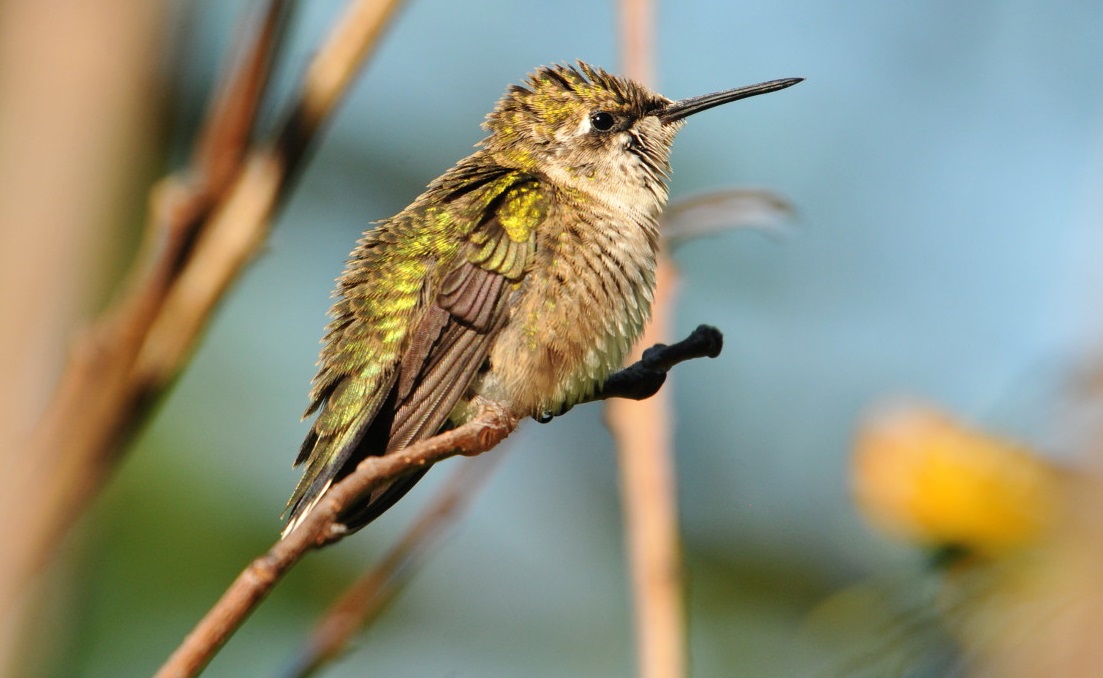 For the most part, we see hummingbirds in flight – but rarely at rest. Whether it’s when they eat nectar, drink water, catch insects – they never seem to stop flapping their wings! With that, there are some concerns over their health. You may be wondering – do hummingbirds die when they stop flying?

Hummingbirds do stop flying occasionally, and no, they will not die when resting. While they are incredibly energetic little creatures, with a resting exhalation of around 250 breaths per minute, they, too, still need to pause from time to time.

Why do hummingbirds stop flying?

Hummingbirds need time to lay their eggs and to stop to feed their young! But even more importantly, hummingbirds also stop flying when it’s time to sleep. They don’t need to keep moving to live – in fact, there’s lots of footage and photo evidence showing hummingbirds stopping for a short while.

There’s a reason why the misconception regarding hummingbirds and flight exists – when hummingbirds rest, their metabolism decreases, and their body temperature drops. This is because they enter a state of torpor – you will likely find it with its feathers fluffy, its neck back, and eyes closed. They sometimes even hang upside down when they enter this particular state.

If you find them like this at night, then the chances are that they are just resting. As odd as it may seem, it is essential for them to rest like this every now and then. Not only do they recuperate their energy for the next day of flying, but they also heal faster.

However, hummingbirds do also stop flying when they are injured or stunned. However, this doesn’t happen too often – these birds have evolved to keep on flying, whether that’s hovering or moving wildly around your most colorful blooms.

Normally, there’s no need for concern if you spot a hummingbird that’s not in flight. If you are worried that you may have found a hummingbird that is injured or stunned, be sure to contact your local wildlife rehabilitation center for advice.

Why do hummingbirds fly so much?

The hummingbird is easily one of nature’s most interesting designs. They naturally stay in flight during most of the day, as their bodies have adapted to needing to eat nectar from flowers. Given that they are so small, they need to be able to reach flowers of all kinds of heights and be able to comfortably take their time as they eat the nectar.

That is why they are built to hover and stay in flight – and it’s fascinating to watch. In fact, a hummingbird’s wings can flap between 70 and 80 times per minute. It’s little wonder, then, that they need to consume so much nectar to stay active. They only eat as much as eight calories per day, but if a human being had a hummingbird’s metabolism, it would need to eat the equivalent of more than 150,000 kcal in a 24-hour period!

That is also why so many nectar feeders do not have perches, as hummingbirds are perfectly comfortable eating the nectar while in flight. However, setting up a birdbath with a perch can help a tired hummingbird to take a rest as they drink.

Perhaps the strangest of all the facts about hummingbirds’ flight patterns is that they are the only avians in known existence that can fly backward!

When you start attracting hummingbirds to your yard, there’s a good chance you will see these gorgeous creatures flying more often than sitting still. However, it’s normally no need for worry – they’re hardy little creatures and will do perfectly well thanks to a feast of hummingbird-friendly flowers in your garden.