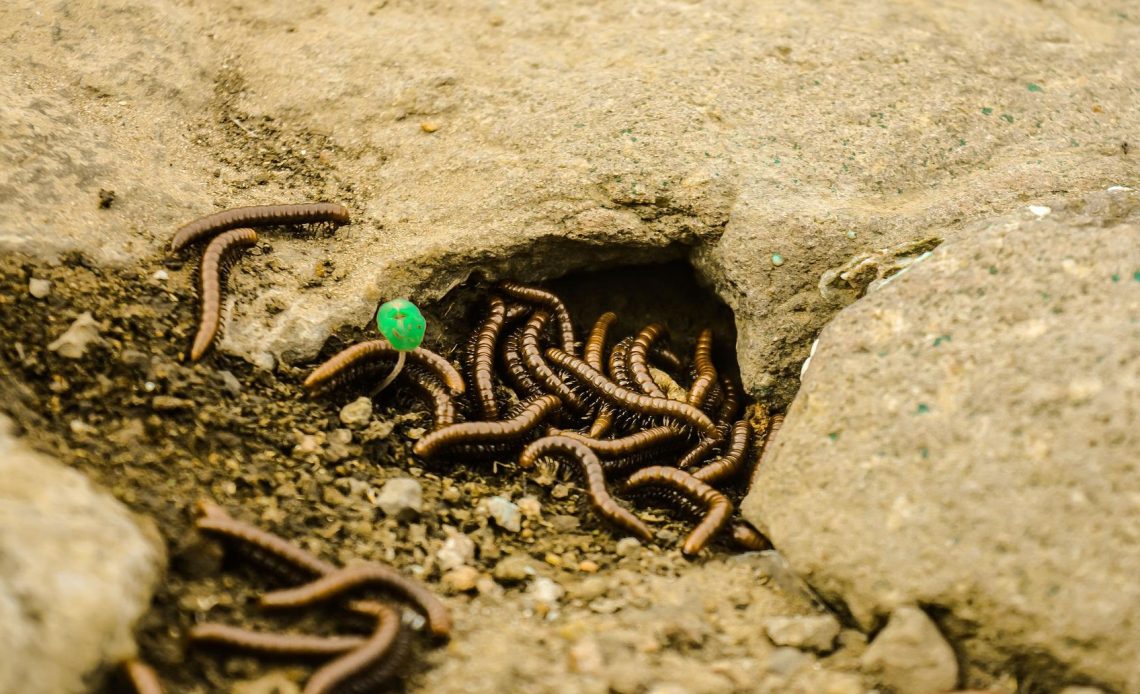 For many bird species, a diet of worms tends to be a common staple. Earthworms wriggle out of the soil during and after wet weather, giving our feathered friends the chance to snatch up a snack. But – of all species – do hummingbirds eat worms, too?

There’s not much evidence to suggest hummingbirds eat worms. They may eat mealworms if provided in a feeder in very rare cases. They won’t actively hunt out larger species such as earthworms, instead preferring to get protein from small insects – especially those that fly.

Earthworms, in particular, are simply too awkward or inconvenient for hummingbirds to hunt for. In the first instance, they burrow around in soil and ground rock – while hummingbirds will generally flutter around in the air, around plants and trees.

Hummingbirds are opportunistic feeders. Thanks to their incredible metabolisms, they must always ‘top up’ on sugar, calories, and protein whenever and wherever they can. It may be argued that hunting for worms is a laborious process – and that hummers are more likely to get full by dipping into nectar-rich flowers, and snapping bugs out of the air. It’s why, to attract hummingbirds to any wild yard, planting their favorite flowers should be your first course of action.

Additionally, hummingbird beaks are not well-equipped to eat worms – even smaller species. Hummers don’t chew their food, and they rarely open their beaks wide. They will snap up flying bugs, such as mosquitoes, and swallow them whole.

The hummingbird beak-and-tongue system works somewhat like a pump. They get much of their calories from nectar, therefore probing their long noses into flowers and pumping sugary produce out. Of course, the hummer always needs regular protein to stay healthy, so they swallow bugs and flies. Worms simply aren’t ‘on the radar’.

Hummingbirds may show some interest in mealworms if there is little other food available, but even then, they will spend their time more efficiently hunting down nectar and bugs.

There doesn’t appear to be any real harm in feeding mealworms to hummingbirds, but evidence suggests they may be too big for your feathered visitors to eat and digest. Given that they have evolved to drink nectar and snap up flying insects, too, it’s unlikely they will seek out mealworms intentionally.

If you want to provide a regular source of protein for hummingbirds, it’s worth avoiding mealworms – or any other species – altogether. Instead, it may be worthwhile setting up a hummingbird feeder filled with fruit such as bananas – where flying insects will lay eggs and propagate regularly.

Hummingbirds may not eat the fruit inside, but it will be easy for them to swallow up any bugs that breed within. It’s a much easier and more reliable source of food compared to having to peck worms out of the soil.

Interestingly enough, hummingbird parents won’t feed their young on mealworms – despite earthy wrigglers being a staple diet for many growing avians. Instead, hummingbird mothers feed their babies on a blend of insects and nectar, sourced from their own daily hunting habits.

There is some anecdotal evidence to suggest that feeding a blend of sugar water and mealworms to baby hummingbirds may be beneficial. Though, a word of warning – it’s best to leave hummingbird nests alone if visiting adults still attend to them.

If you find an injured infant hummingbird, or one you believe has been abandoned, leave the worm blend alone and contact your local bird rehabilitation center. Your local experts will help guide you through the next steps to take.

What bugs do hummingbirds eat?

While hummingbirds won’t usually eat worms, they will eat aphids, flies, mosquitoes, spiders, and other tiny bugs. If it is convenient for hummingbirds to snack on smaller creatures, they will – for example, if a fly gets too close.

Hummingbirds will also feast on flowers famous for boasting nectar, such as zinnias, sunflowers, and snapdragons. It’s here where they will find a variety of insects, too, providing a convenient, meaty snack.

Have hummingbirds ever eaten worms?

Worms and hummingbirds will rarely meet, and the predator in this instance would struggle to eat the prey. It’s safe to assume that hummers rarely eat worms – though that’s not to say it’s never happened. Be sure to grow plenty of colorful flowers to provide nectar – and attract flying insects – to feed your local hummingbirds instead.