Is Lavender a Flower? 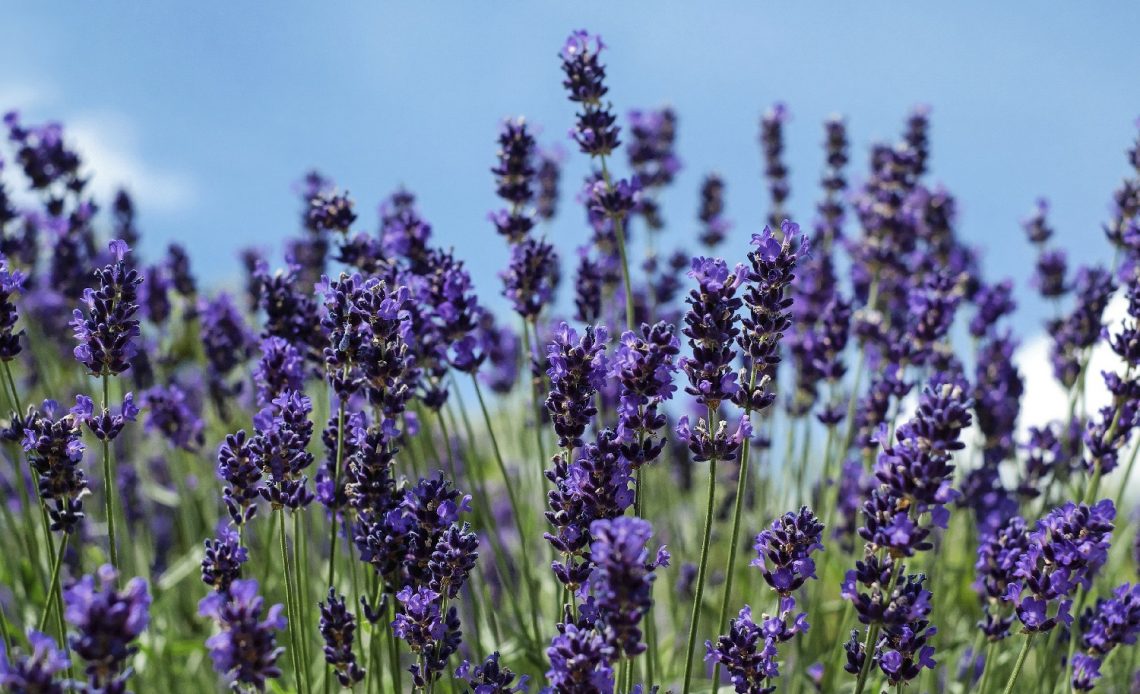 We all know lavender for its bright, purple blooms and strong, sweet smell. Beyond their delightful colors and scents, it’s a plant that sometimes poses confusion. Is lavender a flower, or something completely different?

Technically speaking, lavender is a shrub that flowers. Conversely, lavender can also be used for cooking and in medicine production – which is why it’s also called a herb.

What exactly is lavender?

Lavender, as we know it, is a blanket term used to describe 47 known varieties of shrub in the same family. It’s been grown since at least 370 BC, as many ancient texts refer to its famous fragrance! Many varieties of the lavender shrub are actually hybrids – around 15, in fact, are entirely new species grown through cross-propagation!

Lavender’s popularity going back centuries stems from the fact that it’s one of the best plants to derive oils from. Lavender oil extract is, in fact, known to help people to sleep.

As a medicinal plant, it’s also helped to soothe some skin conditions, and research suggests it may even be useful in preventing fungal growth and supporting people who have asthma. This largely stems from the plant boasting anti-inflammatory benefits. It’s been widely used to help support women going through menopause, to help people suffering from anxiety and depression, and to help lower blood pressure.

Of course – it’s never a wise idea to simply use raw lavender plants to soothe any medical ailments you may have. Be sure to consult a doctor or medical professional in the first instance.

Lavender is a famously colorful perennial plant with an intense, sweet smell. It’s very popular with pollinators such as bees, butterflies, and hummingbirds, making it a perfect pick for any wild yard owner.

Believe it or not, lavender grows in more than just demure shades of purple and violet. You’ll sometimes find species growing blue and even white flowers, too!

Why is lavender classed as a shrub?

Lavender, while referred to as a flower, is technically a shrub thanks to its woody construction. Simply put, shrubs are plants of any kind with woody stems, though technically much smaller than what experts call trees.

Since lavender plants have woody stems but cannot grow into massive trunks, they bridge the gap between flowers and trees (i.e., shrubs).

Given that lavender can be used both in a variety of dishes as well as in medicine, many people do consider it to be an herb. Again, this misconception comes down to the plant’s physical structure.

Herbaceous plants, or herbs, have very soft stems – not the tough, woody limbs that lavender is famous for growing.

Many gardeners (and flower lovers) will recognize lavender’s heady scents and colorful blooms before their woody stems – which is why there’s often confusion over what we’d actually classify lavender under.

Is lavender a type of mint?

Lavender is closely related to the plant many gardeners call ‘mint’. Both lavender and common mint, along with roughly 7,000 other species, form part of the Lamiaceae family.

Interestingly, there are a number of culinary herbs you’ll find in the Lamiaceae family, too. Sage, basil, oregano, and rosemary, for example, are all members of the same extended species. It’s a clear reason why lavender is commonly mistaken for a herb.

Lamiaceae can grow all over the world, though they are commonly found thriving in the hottest parts of the Mediterranean. Lavender itself loves direct sunshine and well-draining soil – and the same can be said for mint, too.

What are the different lavender plant species?

While there are 47 different types of lavender we know of (and that 15 of these species are hybrids), there are three or four specimens more commonly grown than the remainder of the family.

Some of the most popular species of lavender include English Lavender (munstead), Spanish lavender (butterfly lavender), and Portuguese lavender (spike lavender).

English lavender is known for being the hardiest species of its family. It can thrive in very hot climates and handle harsh winters deep in the ground. It is famously frost-resistant and so grows best in colder areas.

This is an excellent plant for arts and crafts lovers, as its flowers’ hues won’t fade once it dies. Simply collect the petals and use them in pressings and projects as you see fit.

English lavender grows in deep to dark purple colors and tends to be the most appealing to butterflies and bees. Avoid subjecting this plant to too much moisture for the best growing results!

Spanish lavender is usually the type you will most commonly find – and smell – in essential oils. This is because the leaves are considered to be among the most fragrant in the lavender species! Perhaps confusingly, Spanish lavender is sometimes referred to as French lavender – even though this is a completely different species!

Spanish lavender actually emerges white when first blooming, but eventually turns purple (or sometimes pink) as time goes by. Like English lavender, this plant is a reliable grower in cooler temperatures, despite its name suggesting otherwise. Generally, you can expect this plant to bloom well in full sun – making it one of few species that are hardy in hot or mild climates. Typically, you can expect Spanish lavender to thrive well all the way up to USDA zone 8.

Both lavandula dentata and lavandula stoechas carry the nickname of French lavender. Like its namesake, this lavender smells wonderfully sweet and will require lots of nutritious, well-draining soil. Its flowers tend to carry a hint of blue to the petal, giving them a little more obvious character than other species.

French lavender isn’t the hardiest of the species, though you should expect to see fantastic growing results from USDA zones 5 up to 8. Be sure to bring them in before winter!

Sometimes known as the spike lavender, this striking plant is as pointy as its name suggests. This type of lavender, again, smells very strongly and sweetly – and will do well in the full sun. It’s also impressively resilient against drought, and like English lavender, it’s hugely popular with visiting bees and butterflies.

These plants do great in gardens across USDA zones 6 through 8, and you can expect a thriving plot of purple spines towards the later weeks of summer.

The basics of growing a lavender shrub are that they need plenty of sunlight to mimic the Mediterranean climate – regardless of the species you choose to plant. As above, different species of lavender fare well in USDA zone 8, but many will be hardy all the way up to zone 11.

If you don’t get much sun, English lavender will be your safest choice. This species can handle more chill than other species, though you can also support less hardy species with artificial lighting if you prefer.

All lavender needs dry soil. Many gardeners use stone mulch around their lavender plants to help drain away any water and keep the soil warm – sand mixed into the soil, too, will help most lavender thrive. Check the pH of your soil and try to reduce its acidity – you could use a natural neutralizer such as limestone to help prime the growing medium for lavender.

Given that lavender plants prefer dry soil, they only need watering occasionally. Even in hot temperatures – and arid conditions – most lavender will continue growing strongly. A full watering once or twice a week should be enough – and remember to keep pruning your plants, leaving the woody stems, to promote stronger growth.

Lavender plants will grow large, very quickly – they’ll need a lot of space. Try keeping between 21 and 24 inches between each of your lavender plants when first bedding.

If you want to grow other flowers, plants, and vegetables among lavender, top companions include roses, asters, wild indigos, and any vegetation that’s getting eaten away by aphids – lavender is a fantastic natural repellent for some insects designated as ‘pests’.

Drying lavender flowers – what you need to know

Want to preserve your lavender shrub for art projects? You’ll need to dry them – and carefully. Start by choosing which part of the lavender plant you wish to dry. You can dry any part of the plant, and even keep it all together in its dehydrated form.

You can also dry any kind of lavender plant. That said, English Lavender tends to be the most popular, as it holds more oil than other species.

The ‘natural’ way to dry lavender is simply to leave it to hang. Take a bunch of lavender stems and tie them together in a bouquet.

Hang the bouquet upside down in a cool, dry place, preferably away from the sun – otherwise, the direct glare will change the plant’s color.

Leave the bouquet for about a week to dry out completely. Remember to keep an eye on your bundle to ensure that it is not going moldy.

Not got much time? A quicker way to dry lavender is to use a food dehydrator. It will take a few hours on the lowest setting – be sure to monitor its progress, and by the end of the day, you’ll have some fantastic, dried blooms ready to press and craft with.

Lavender is neither a flower nor an herb – despite its familial links! This popular shrub is easy to grow and maintain and will help to keep your garden smelling great. It’ll attract all kinds of useful pollinators, too.