How Long Do Owls Stay In One Place? 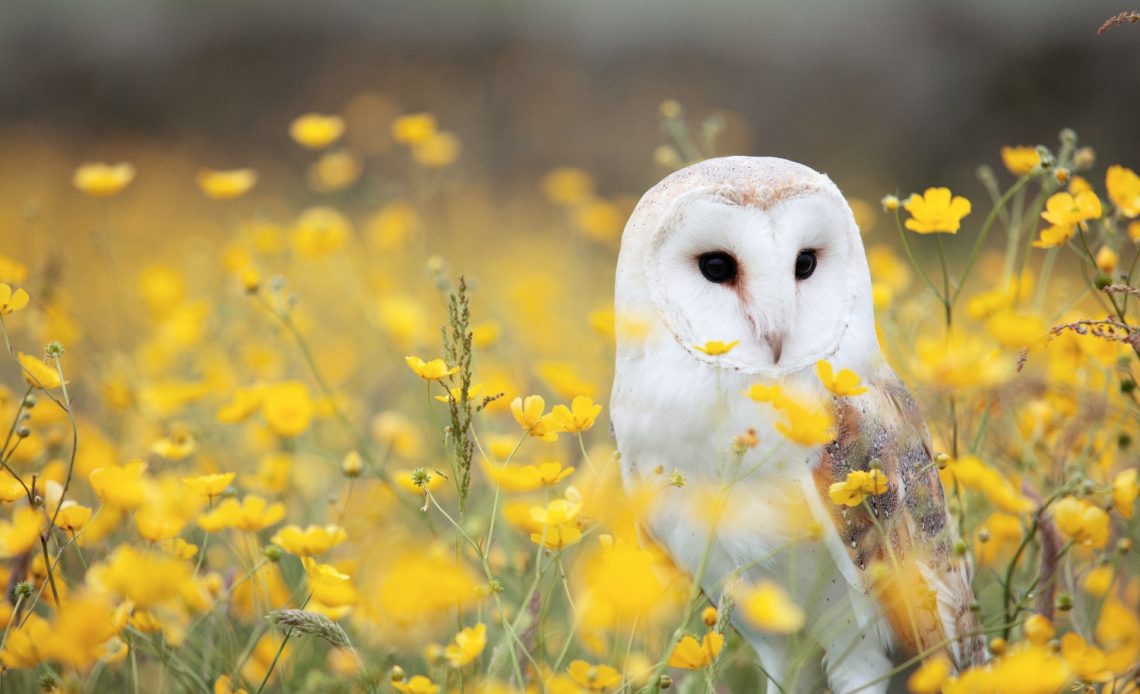 If you’re an avid birdwatcher, you may be wondering if the owls that you see in your backyard today are the same owls that visited a year ago. Many owls are territorial and will defend their homelands from competitors by engaging in vigorous hooting matches — and physical combat, if need be. Because owls defend their territories, it’s not uncommon to see the same owl, or family of owls, in the same region for years. But how long do owls stay in one place?

Certain species of owl, such as the barred owl, tend to stay within a 6-mile radius all of their lives. Others, like snowy owls and saw-whet owls, migrate to find food when levels of their preferred prey decline due to overhunting in their native lands.

Do owls stay in one place their whole lives?

Most owls live in the same region their whole lives. Barred owls, for instance, usually stay within a 6-mile radius of where they were born. If food is especially hard to find, barred owls may venture beyond their 6-mile radius, though it’s likely they’ll return to their original location at some point.

Barred owls aren’t the only owls that prefer to stay close to home. Although owls can be difficult to track over a long period because they’re nocturnal and tend to avoid contact with humans, it’s believed that the majority of owl species remain in the same region all of their lives. Other non-migratory owls include barn owls, great horned owls, and eastern and western screech-owls.

Nearly all of the owls of the United States mate for life. The only exception is the northern saw-whet owl. Females of this species will leave their original mates to raise another brood with a new mate. But because owls tend to live in the same region their whole lives, they also raise their owlets in the same region, which begs the question…

Do owls reuse their nests?

Yes! Owls will reuse their old nests for years, returning to them in the spring and fall to lay eggs and rear their young. This means the family of owls that visits your property have likely been living in the region for generations.

Technically speaking, owls don’t build nests. Instead, they prefer to roost in tree hollows and rotting logs. Some owls, like the burrowing owl, make their nests in the ground, usually in old prairie dog dens. Regardless of species, most owls like to hole up in small spaces where they can sit and wait for prey.

Owls do just about everything in their roosts. They hunt, eat, sleep, and raise their young there. Even though owls don’t bring pine needles, leaves, or straw into their roosts to create bedding, over time, a natural substrate accumulates.

The layer on the bottom of the owl’s roost, which only loosely resembles a proper bird nest, is comprised of animal fur and bones, bits of nest leftover from previous tenants, rotting wood chips from the tree housing the owl, and poop. Gross as it is, owls are perfectly happy to live in their excrement. In fact, they prefer it. The longer an owl’s “nest” has been occupied, the more it feels like home.

How long do owls live?

The average lifespan of an owl is 9 to 10 years. Large owls tend to live longer than small owls because small owls are more likely to fall prey to other predators. Inconsistent food supply and territory wars mean only the youngest, strongest owls survive life in the wild.

Owls can live much longer in captivity. It’s not unusual for these owls to live more than 20 years. Of course, owls in captivity are typically well cared for, receiving regular meals and vet care when necessary. These owls are sheltered from the elements and they never know the stresses of insufficient food supply or being hunted by predators, so they’re often much healthier than their feral counterparts.

Since most wild owls live for about a decade, there’s a good chance that the owl visiting your backyard this fall is the same owl from a few seasons back. It can be difficult to tell two owls within the same species apart, although, due to sexual dimorphism, female owls are usually larger than males.

While most owls live in the same area all their lives, when food is scarce, they may be forced to migrate to another location to find new sources of prey. This is a temporary measure, a form of migration that is out of necessity, and not the sort of seasonal migration that we think of when we use the term.

Of course, several owls do migrate annually. Snowy owls travel south of their arctic homes to the northern portion of the U.S. in the winter, to look for food. Northern saw-whet owls, which were once thought to stay in place year-round, also migrate to the south, flying at night to avoid being hunted by predators.

Other migrating owls include flammulated owls, burrowing owls, and elf owls, who leave their native regions every winter to find more food sources in warmer climates.

When do owls migrate?

When owls migrate in search of food, they may do so at any time of the year. If food sources become scarce due to droughts in summer or overhunting in spring, the owls will journey outside of their typical region until they find an adequate supply of food somewhere else.

On the other hand, owls that migrate seasonally do so for several reasons. The first is to avoid the harsh cold. Despite their dense plumage, owls prefer warmer climates. That’s also where rodents, insects, and other potential prey are most active.

Another big reason owls migrate seasonally is to find a mate. Short-eared and long-eared owls spend their summers in the northern U.S. and Canada, throughout the mating season, traveling farther south in the winter. Snowy owls, burrowing owls, flammulated owls, and elf owls also migrate to their breeding grounds, which are usually situated north of their typical regional distributions.

Should you install a nesting box to attract more owls to your backyard?

Whether the owls native to your state are migratory or non-migratory, there’s a good chance that they will return to their nests season after season. If you want your local owls to pay you a visit, consider installing an owl box. Giving owls a safe place to roost is the best way to get them to visit your backyard.

Owl boxes are easy to build, but are available commercially, too. It’s best to install your owl box 10 to 15 feet up on the south or east side of a tree. Try to choose a tree that’s situated on the edge of a heavily wooded area that will give the owls a clear line of sight to an open field below, to make hunting easier for them.

You can line the owl box with a layer of untreated wood chips, such as those sold as bedding for hamster cages. This will help keep the owls warm as they roost. Because owls like their nests to build up over time, you should avoid cleaning them out in between seasons unless they become infested with vermin.

What else can you do to encourage owls to visit your backyard?

If you want to observe native and migrating owls, you’ve got to make your yard more hospitable to them. Start by leaving your outdoor lights off at night. Owls rely on their keen eyesight to catch their prey, and their vision works best in low-light conditions. Keeping your grass tall and leaving wood piles and clumps of lawn trimmings for rodents to live in will also capture a passing owl’s attention.

If your property is large enough and money is no object, consider digging a pond. Owls love to catch fish, crawdads, and snakes that hang out near the water. If a pond is out of the question, installing a bird bath is a good alternative. Owls have been seen washing up and drinking from bird baths in the early morning and late evening hours. And because bird baths are such a hit with smaller birds, they provide owls with an easy hunting opportunity.

How long does it take to attract owls to your yard?

Owls are elusive creatures. They can right by you, and because they’re so still and quiet, you would never even know. If it seems like owls aren’t visiting your yard, in spite of your best efforts to encourage them to do so, just be patient. It could take months to years before you get your first owl sighting. But don’t give up!

By providing for their basic needs, you’ll be doing all that you can to make the local owl population feel at home in your yard. Once a pair of owls make a nest on your property, they will almost certainly return for many years to come, providing you with ample opportunity to observe these magnificent birds of prey in their natural habitats.