When Is The Best Time To Put Up An Owl Box? 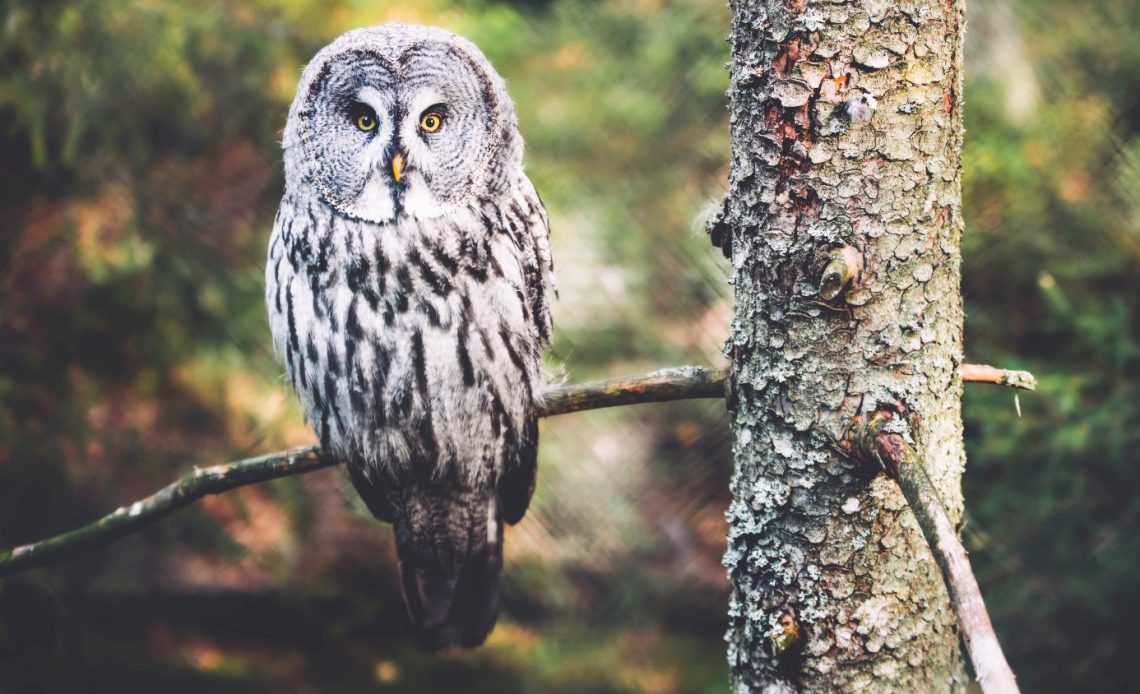 If you’re an avid birdwatcher and you’re eager to see more birds of prey in your backyard, you may be considering installing a nesting box. Giving local owls a safe place to roost is an excellent way to attract them. But if you don’t install your nesting boxes correctly, owls may not be inclined to visit them. So how can you install your nesting boxes to attract an owl’s attention? And when is the best time to put up an owl box, anyway?

There is no right or wrong time to install a nesting box. The sooner you put one up, the better your chances of seeing an owl. Installing your owl box on the eastern or southern side of a tree located at the edge of an open, grassy area is much more important when it comes to attracting owls.

What are the benefits of attracting more owls to your backyard?

Observing an owl in its natural habitat is truly amazing. But there are plenty of practical reasons to want to attract more of these raptors to your backyard. Because owls feed on rodents, they make for excellent all-natural pest control. If you see more than your fair share of moles, gophers, pack rats, and field mice on your property, catching the attention of local owls can help you deal with the problem in a relatively fuss-free manner.

In addition to small mammals, owls also feed on insects. Attracting more owls to your backyard is a fantastic means of protecting your vegetable garden from harmful caterpillars, moths, beetles, and flies. And because owls eat meat and insects exclusively, they won’t damage your crops — unlike other birds, who will feast on the bugs in your garden, then peck on the flowers, fruits, and seeds, too.

What is the best owl box to use?

Owls can be pretty picky about where they roost. But as long as your nesting box is nice and cozy on the inside, it doesn’t matter what it looks like on the outside. You can purchase wooden nesting boxes from many online retailers. But, if you’re handy with power tools, you can just build your own.

It’s best to build nesting boxes out of weathered wood. Pine, cedar, and oak are ideal. Just be sure to use untreated lumber. It’s important to put hinges on the roof of the box so it acts as a lid, making it easier to clean the box out if necessary. Be sure to wear gloves when working with wood to prevent splinters.

When, where, and how should you place your owl box?

You can install an owl box at any time. But because most owls nest in the spring, it’s a good idea to have your nesting box up and ready long before then, to give neighborhood owls a chance to find it. So try to hang up your owl box in the fall or winter.

Owls want their homes to be protected from the elements. Place your box on the southern side of a tree where it won’t bear the brunt of the north winds. You can also try hanging the box on the eastern side of a tree, to catch the warmth of the rising sun.

Surprisingly, many owls prefer to roost relatively close to the ground, so install your nesting box 10 to 15 feet up. The box should be placed on a treeline near an open, grassy spot that offers a good line of sight for hunting. Be sure to keep the box away from garages, patios, porches, or any other heavily-trafficked area, as owls are generally skittish toward humans.

How should you prepare the owl box?

Owls don’t really build nests. Instead, they lay their clutches in forest litter, like pine needles, dead leaves, and bits of rotting wood. To make your nesting box cozier for owls, line them with untreated woodchips, shredded paper, or straw to provide insulation and cushioning.

Hygiene doesn’t rank very high on the owl’s priority list. These birds poop where they roost, and that’s just the way they like it. Replacing used nesting materials every season may be tempting, but owls are less likely to revisit nesting sites once their old nests have been removed. So unless the bedding in your owl boxes has become overrun with insects, refrain from cleaning them out.

Which types of owls are most likely to use a nesting box?

Barred owls, great horned owls, barn owls, and screech-owls are among those most likely to use an owl box. Each of these owls has its own preferences when it comes to nesting boxes. For instance, barn owls like flat, roomy boxes, while screech-owls prefer upright boxes that mimic tree hollows. So before building or buying a nesting box, be sure to read up on the owls of America to gain a better understanding of which owls live in your region.

It’s worth mentioning that some owls are so wary of humans that it’s unlikely they’ll ever use a nesting box installed in a backyard. Others prefer to stay so far in the forest that they may never venture out to a treeline where a nesting box is most likely to be located. But many owls rely on man-made structures to roost in. Overall, installing nesting boxes is a fantastic way to support local owl populations.

If you hear owls hooting at night and you’ve actually seen them, then it probably won’t take too long before an owl calls your nesting box home. But if you rarely, if ever, see or hear an owl, it could take longer. Owls are elusive. They can be right by you without you ever knowing it. If your regional owls are shy, it may take a bit longer before they’re convinced your owl box is a safe place to roost. So be patient. You may not see an owl in your nesting box this season or the next. But the longer the box is up, the better your chances get.

If you don’t have owls in your boxes, but think there might be something living in it – it could very well be that a squirrel has set up a home in the box for their nest so it pays to check on the box regularly.

What else can you do to bring more owls to your backyard?

When it comes to attracting more owls to your backyard, nesting boxes are only a small piece of a large puzzle. There are plenty of other things you can do to help owls feel more comfortable. Start by installing a bird bath. Your neighborhood owls may not be a regular fixture at these man-made watering holes, but they need to stay hydrated just like any other bird. And bird baths have the added advantage of attracting songbirds, like wrens, finches, and cardinals, all of which are potential prey for hungry owls.

Bird feeders may or may not be an effective means of attracting owls. While they, too, draw the attention of songbirds, other birds like jays, crows, and magpies may be inclined to visit them as well, and these birds regularly gang up on owls in a defensive behavior called “mobbing”. Starlings also work together to keep owls away, so if you have any starling boxes installed, remove them to discourage these owl adversaries from visiting your property.

Turning your porch lights off at night keeps your yard nice and dark, a perfect hunting ground for hungry owls. Leaving piles of lawn trimmings and old lumber provide a home for rodents that owls like to eat. Additionally, owls like to hang out near bodies of water to snack on fish, crawdads, and small snakes. If it’s in your budget and you have the space for one, consider digging a pond to attract more of your local wildlife.

Are there any disadvantages to installing an owl box?

If you’re a serious birdwatcher who’s dedicated to seeing as many of your region’s birds as possible, it’s probably hard to believe that there could be any downsides to installing an owl box. But there are a few disadvantages to keep in mind before creating a home for these birds of prey.

If you have chickens, quail, rabbits, or other small animals, owls can be a royal pain in the neck. These birds will reach through wire panels with their powerful talons to tear into your flocks. While it’s generally believed that owls will only kill what they can eat, many farmers will tell you differently. Owls have been known to rip into birds and other creatures and simply leave them for dead.

Owls — and other birds of prey, including eagles — have also been known to fly off with housecats. Remember, owls routinely feast on squirrels, rabbits, and even much larger animals, like raccoons and possums. They don’t know or care that there’s a difference between wild animals and domestic ones. So before taking steps to attract owls, make sure your animals are secured and protected so they don’t fall prey to them.

Will owls return to your nesting boxes year after year?

Owls reuse nesting sites, which is great news because that means if you already have a mated pair living in your owl box, then you’re likely to see them for years to come. If you’re lucky, you just might get to watch them rear a few owlets.

Using the right nesting box for your local species and installing it in the correct place will help bring more owls to your backyard. So put up your owl box today to boost your chances of seeing these wondrous birds in action.