Do Owls Hoot During The Day? 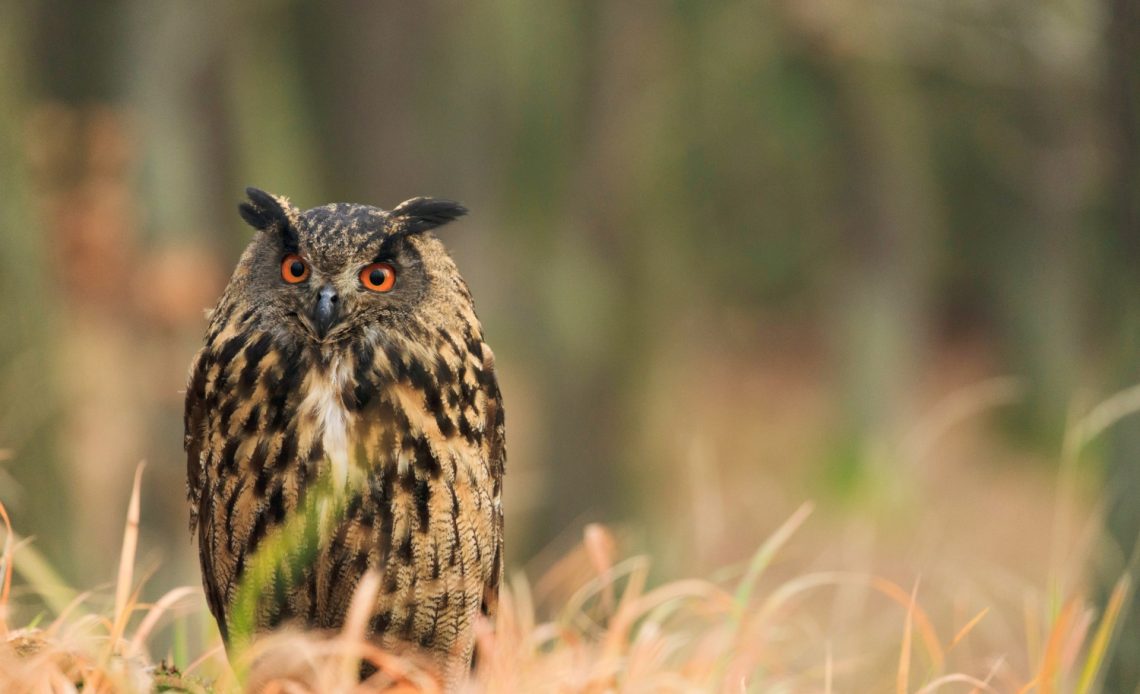 We consider owls to be nocturnal creatures, only coming out at night. The truth is, though, that most owls are active during the evening and early morning hours, too. And some owls actually prefer to hunt during the daytime. But even though owls may be awake at any time, they generally only communicate at night. The question is, is this a hard and fast rule, or do owls hoot during the day, too?

Why do owls hoot?

Owls hoot to communicate with each other. Male owls use hoots to attract females and to defend their territories from other owls. When female owls are incubating their eggs, they may hoot to locate their mates, who will respond in kind.

Owls also hoot to stay in touch with their families. Some owls, like burrowing owls, elf owls, and long-eared owls, live in colonies. Because they’re more social than other owl species, they use hoots more frequently to “talk” to each other.

Occasionally, owls will team up to mob potential predators, like other owls, hawks, or eagles. In these instances, they may also engage in vocalizations, though they may not hoot.

When do owls hoot?

Owls may hoot at any time, day or night, but they are more likely to do so during certain parts of the year. Owls vocalize the most during the mating season. Male owls use emphatic hoots to attract potential mates, and they continue their courtship by engaging in other rituals, including offering the female prey and grooming her.

Many owls are monogamous, mating for life. Mated pairs usually aren’t too close to each other during the non-breeding months, but they will renew their relationship with light courtship activities during the next nesting season. During this time, they will be more vocal, and you’ll likely hear them hooting at night.

Mated owls must work as a team to raise their clutch successfully. This necessitates that the female stays in the nest to keep the eggs warm, while the male takes over the role of breadwinner. During the nesting season, owls don’t stray too far from the nest so it’s easier to communicate with each other.

In the nest, owlets use vocalizations to speak to their siblings and parents. Interestingly, nestling barn owls were found to vocalize more to their mothers than their fathers when begging for food. Once the fledglings leave the nest, parents will use hoots to keep tabs on them. Siblings may also hoot to each other to stay in touch.

Which owls are diurnal?

Snowy owls, who spend most of their time in the northernmost region of North America, will hunt almost nonstop during the daylight hours. In the tundra, this can mean hunting for 20 hours or more at a time. While snowy owls are not the largest owls in America (that would be the great gray owl, followed by the great horned owl), they are the heaviest, weighing between 3 and 5 pounds. These birds work hard to maintain their body mass and keep warm in freezing temperatures.

Burrowing owls, who nest in underground dens, are also most active during daylight hours. These long-legged owls live in colonies and spend their days preying on insects, snakes, lizards, and other crawling critters.

Other owls that prefer to hunt during the daytime include northern pygmy owls and northern hawk owls. Barred owls and great horned owls begin hunting in the early evening hours and may stay out until well after the sun rises, so it’s possible to see them during the day, too.

Do all owls hoot?

Many owls hoot, but not all of them. Eastern, western, and whiskered screech owls use high-pitched, whinny-like screeches to communicate. And northern saw-whet owls produce an equally shrill noise that sounds like a saw being sharpened on a whetstone, hence their name.

Barn owls also do not hoot. Instead, they scream, usually in two-second increments, an unsettling sound that stands in stark contrast to this owl’s peaceful appearance. Male barn owls scream more often than females. Sometimes, barn owls use a softer version of this vocalization that has more vibrato, a call that’s described as a purr.

If you hear an owl hoot at night, it’s most likely a great horned owl or a barred owl. These two species use classic “hoo-hoo” calls that are easy to identify, even to the untrained ear.

The hoot of the great horned owl is deep and soft, a stuttering “hoo-h’Hoo”. Males and females engage in duets during the mating season, with males being more vocal than females as they try to attract a mate.

Barred owls, by contrast, use an iconic “Who-cooks-for-you? Who-cooks-for-you-all?” two-part hooting phrase. Often, these birds can be heard hooting in swampy lowlands, as they like to spend their time near water preying on crawfish, minnows, and bullfrogs.

Do other birds hoot?

If you hear what sounds like an owl hooting during the daytime, there’s a good chance that it isn’t an owl at all, but rather, a dove. Mourning doves, in particular, sound a lot like owls because they use low, soft “coos” to communicate with each other. If you’re new to bird watching, it can be easy to confuse the sound of a morning dove with a true hoot.

The small black and blue Stellar’s jay, which is native to northwestern America, sometimes sounds like an owl. These birds use mimicry as a defense mechanism to confuse potential predators. Crows will also mimic owls, particularly barred owls, to scare off competitors.

What types of hoots do owls use to communicate?

The types of vocalizations that owls use to communicate vary widely between species. But owls use different hoots to communicate different things. Loud hoots or cries are meant to defend territories from outsiders and to communicate with mates and fledglings. Hoots are also used to warn others about the presence of a predator.

Loud, dramatic hoots are often used by males to warn other males to keep away. Softer hoots are used between mated pairs. If you hear one hoot, listen closely. If the call is answered by another hoot some distance away, it’s likely a mated pair keeping in touch.

Squawks and screeches are used when owls mob potential predators to attract attention to the threat and shoo them away. Mated pairs engage in duets to strengthen their bond. Female owls start the serenade when their mates bring them food, and this process actually increases the female’s egg availability.

Overall, owls use many different types of vocalizations to speak to one another, including barks, clicks, coos, gurgles, and shrieks. While their loud hoots can help you track them down, keep your ears open once you’ve spotted an owl family. You’re liable to hear all sorts of chatterings you never imagined these birds of prey capable of.

Can you use a call to attract owls?

Owls will go to great lengths to defend their territories, responding to the calls of outsiders to frighten them off. Most owls will engage in physical combat if necessary, though puffing their plumage up to appear bigger may be enough to scare competitors off. Males will also track down the source of a hoot during the breeding season in the hopes of securing a mate for themselves.

While using a call to bring local owls to your backyard may not always be successful, it’s certainly worth a shot. You can use a commercially available owl call to attract an owl, but there’s no need to get so technical if you don’t want to. Just play an owl call on your cellphone. Place the phone in a ceramic dish to help broadcast the sound more effectively. You can also try playing the call on a speaker.

We recommend reading up on which owls are native to your region. There are 19 different types of owls in the United States. Knowing which ones reside in your area will give you a better idea of which calls to use.

How else can you attract owls to your backyard?

If you want to become more familiar with the many different sounds that owls make, consider installing a nesting box. Owls don’t build their own nests, instead, they rely on tree hollows and abandoned nests built by other birds to raise their young. Giving them a nice place to roost is the best way to attract them to your yard. Owl nest cams are available to stream online. You can also purchase a nest cam to install in your own nesting box.

Birdbaths are also great for attracting owls, as they not only provide them with a reliable source of water but also attract songbirds and squirrels for owls to prey on. If you do decide to take measures to bring owls to your property, be sure to keep your cats, dogs, and chickens in enclosed pens to prevent them from being carried off.

Owls are skilled hunters and downright beautiful birds, but their many vocalizations and daily behaviors make them fascinating to watch. So support your local owl population by giving offering them food, water, and shelter. It’s the best way to get to know their many different calls.